The entertainment industry is flooded with numerous artists with their respective expertise. Artists like DJs keep the industry alive by producing great music mixes that brighten up this world while offering a diverse set of music options for people today. Nowadays, more famous DJs are starting to make a name in this field. The following are five of the world’s best DJs who established their names in the music industry. 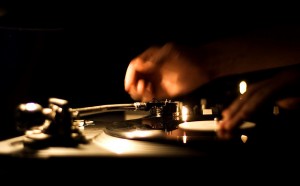 Known for his techno mixes and Dutch Trance, Tiesto rises to the music industry being one of the famed DJs of his age. The famous DJ sets his name by being the first DJ who was able to fill a 25,000-seater stadium, which is a complete milestone for any DJ, since it can be challenging to sell out many tickets by simply marketing music mixes. According to resources, Tiesto earn around $250,000 a night on the average, a remarkable amount for artists of this expertise. ‘Beautiful World’ is one of his recent works featuring Dino and stepped up on the top hits in the market.

Many people are starting to know David Guetta because of his hit ‘Getting’ Over You’ that featured Fergie and LMFAO. He is now a household name as more people appreciate his musical dexterity and continuous mastery of his craft. Guetta also moved to exploring hip-hop mixes after being featured in Snoop Dogg’s album ‘Doggumentary’ through ‘Wet (Sweat)’, which is his debut single. The French DJ is also one of the top-earning and world’s best DJs, gaining around $13 million dollars through various projects like live concerts and endorsements.

A team of three people, the Swedish House Mafia is regarded as a dream team when it comes to the DJ music field. One of their famous hits is “One (Your Name)” that featured Pharrell, which also earned several awards including Best Progressive House Track as well as Best Electro/Tech House Track in the Winter Music Conference. The DJ team’s success didn’t slow down as they released the ‘Save the World’ album in 2011. In addition to their albums, fans also buy different Swedish House Mafia-branded items like shirts, dresses and other items found on their website. News has it that this Scandinavian DJ team earns around $14 million while being listed as one of the world’s best DJs today.

In comparison to other DJs in the industry, Afrojack is considered as among the new names that climb up towards success. He received the Best Remixer award and Best Breakthrough DJ in 2011. The Dutch-born DJ also worked with numerous artists and proven his expertise in nothing less than of what other famous remixers possessed talent. Afrojack earns around $9 million according to resources.

While famous for being an electro house DJ, Steve Aoki is also known for being a half-brother to Dead or Alive star and model, Devon Aoki. He received the Best DJ of the Year award in 2007 and Best Mix Album of the Year in 2008. The long-haired artist is known to gain around $12 million with his projects.

Modern music with various remixes is now getting popular in the industry. These five of the world’s best DJs prove that giving birth to new musical arrangement is possible with creativity, making a name for themselves as professionals in the industry.