Route 66 was one of the original highways of the US Interstate Highway System. Established in 1929, it was eventually removed from the maps in 1985. Still, Route 66 persists — both in those physical sections of the highway that are still in use (which are often referred to as “Historic Route 66”) and the popular imagination. 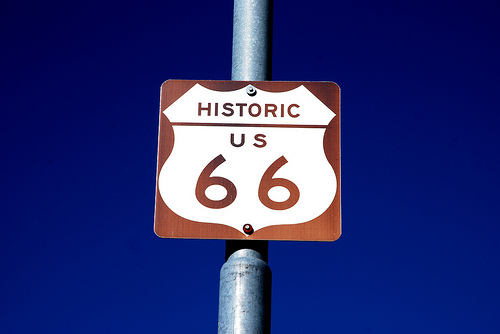 “America’s Most Famous Road” has been celebrated in song, TV and film; the “Route 66” name is used by businesses from bars to software companies to evoke movement and freedom, as well as nostalgia. It’s even the title of a popular mobile phone app, designed to alert travellers to the attractions and sites of note as they drive from one end of the former Route 66 to the other.

With so much attention, it’s easy to overlook alternatives to Route 66. Before finalising their flights, travel and car hire insurance, road trip enthusiasts should consider alternate routes. Another historic transcontinental highway, less celebrated but no less fascinating, is Route 50. Also known as “The Loneliest Road in America”, Route 50 is actually the longer of the two by some 600 miles. It stretches all the way from Ocean City, Maryland to West Sacramento, California. The road takes its nickname for a long stretch that passes through Nevada. Roaming through the deserts and mountains, this road does indeed offer a quieter, more solitary experience for at least parts of the journey. There’s still plenty to experience, however; passing through 12 different states, it’s a great way to get a real taste of America.

Another option is The Northern Route. This takes travellers from Boston on one side of the US to Seattle on the other, by way of several major cities, memorable monuments such as Mount Rushmore and beautiful landscapes. Visitors will have the opportunity to take in some of America’s astounding National Parks, including the Badlands and Yellowstone.

The Southern Route is ideal for sun worshippers. It passes through eight sunny states from California to Florida. As the metropolitan bustle of Los Angeles gives way to the arid Coachella Valley, California offers plenty to see, from Palm Springs and the celebrated Death Valley. Visitors should not miss the chance to take a look before venturing into even more remote desert country as they traverse Arizona and then New Mexico, home of the Carlsbad Caverns. After passing through Texas, travellers reach Louisiana — a visit to the city of New Orleans is well worth the side trip. Catch a glimpse of the Mississippi and Alabama coastline before reaching the Florida panhandle.

With these options, coast to coast travellers don’t have to get their kicks on Route 66 to enjoy an unforgettable US road trip.