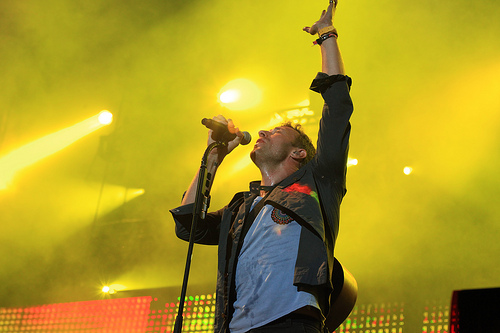 Not only you will find interesting music festivals in Austin, you can also enjoy other types of entertainment there. There are movie festivals in Austin known as the SXSW Film Fest or the Fantistic Fest. But the main attraction is the festival of music where everyone can have fun! If you are into sports or exercise, you can join the marathon 5k festival in Austin. The Austin City Limits Festival is a music festival that happens two weekends in a row. The first part of the festival will take place around the 4th to the 6th of October, followed by more shows the next weekend, October the 11th to the 13th. It will take place in Zilker Park and there are loads of participants, such as the Lone Bellows, the DJ A-Trak, Cary Ann Hearst & Michael Trent, and so many more.

If you have time before the Austin , you can always go to the Berlin Festival first – especially if you’re a fan of popular bands and singers like Blur, Bjork, Pet Shop Boys, DJ Shadow,Para One, Hoodie Allen, and many more.

The music festivals in Byron Bay are held annually. The Bluesfest festival is usually held around April, with various dates, depending on the dates of the available weekends. This year, Bluesfest 2013 was packed with great performances from popular worldwide names such as Santana, Ben Harper, Wilco, Iggy and the Stooges, Paul Simon, and Robert Plant.

The big music festival in Paris is known as the La Fête de la Musique – or, as it is more known, the street music fest.  This event is usually held annually around the 21st of June. Everyone can participate and different kinds of artists or musicians – from well-known names to up-and-comers – can join.  Here you’ll enjoy all different kinds of music, from hip hop and electro music to rock and jazz.

The New York Summer Music festival is usually dedicated for talented young artists and musicians so they can show off their abilities. Through this fest, not only you get to see new rising stars, you can also enjoy great performances by young musicians. It takes place from 23rd of June 2013 to the 3rd of August.

While they’re well worth the cost, music festivals do not come cheap.  Tickets, transportation, food and lodging (not to mention booze!) quickly add up to make the festival experience exciting – but expensive.  Need help finding affordable accommodation?  Hostel Bookers has a special festival accommodation guide to help you get close to the action while not blowing your budget.

Unique and Unusual Accommodation Around the World