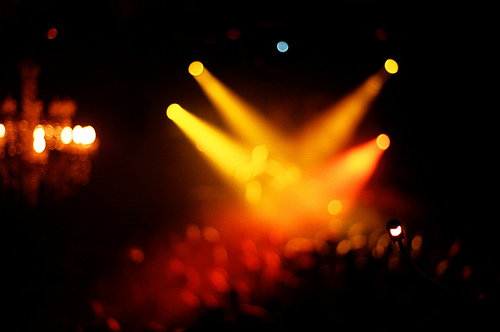 The concert industry in the UK is in full swing. With a lot of top acts expected to give an all-out performance in the coming months, exciting shows await those fans who want to have a great time seeing their favorite artists and singers. Be sure to see some of your artists performing in your area and get your tickets now. Visiting the UK in the next couple months? Here are some major upcoming concerts to check out:

Peter Gabriel Concert at the ‘O2 Arena’ in London

October 22 is the date set for this concert. If you love classic rock songs, then this is the right gig to go to. You will definitely be rocking from going to this concert with your family or friends by watching the former member of Genesis perform.

John Mayer at the Wembley Stadium in London

The American pop and blues/rock musician is set to perform in London to bring extraordinary music on October 26 at 7:30 pm. The concert is expected to fill up the arena, with only a few extra tickets left available. Now, this is your chance to see John Mayer perform his popular songs such as Your Body is a Wonderland, Clarity, Bigger Than My Body, and Say.

Vampire Weekend at the First Direct Arena in Leeds

This indie favorite will be taking the stage on Saturday, November 16 along with another india/folk band, Noah and the Whale. Stay in the nearby ‘spa town’ of Harrogate to round out the weekend.

Bruno Mars Concert at the Peninsula Square in London

The American singer-songwriter will be performing in London on November 21 at 6:30 pm. He is set to perform some of his popular songs such as Nothing on You, Billionaire, When I was Your Man, and It Will Rain.

Taylor Swift will also be performing on November 6 to turn on the Christmas lights at Westfield London. She will be performing some of her popular songs and you could be there to see it all. The best thing about this concert is that it is totally free. However, you need to get to the venue early in order to get a wristband.

One Direction at Murrayfield Stadium

One Direction will also bright up your day as they are set to perform at the Murrayfield Stadium in Edinburgh, Scotland on June 2014. The band is expected to attract a lot of fans in UK on their concert, especially with their new album coming. With crowds swooning to see them perform, One Direction concert is definitely a must-see event in Scotland next year.

Maroon 5 at the O2 Dublin

On January 16, 2014 at 6:30 pm, the stage is set for the concert of Maroon 5. The popular band will be performing their hit songs but participants under 16 should be accompanied by their parents/guardians.

Teen ‘superstar’ Miley Cyrus will also ‘kick off’ her first UK tour at the ‘O2 Arena’ in London. The concert is set on December 13 and 14. The highly ‘anticipated’ show will be her first time to meet some of her European fans this year.

Note: tickets for these shows are available from Ticketmaster and other online booking sites.

Europe For the Love of Music

Heading to the Maldives

5 Islands We Want to Visit Now