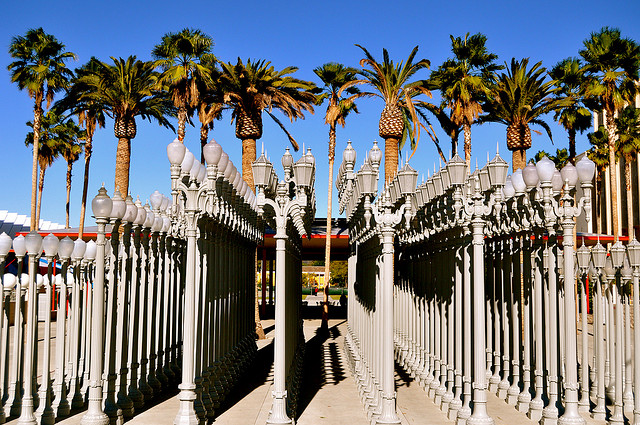 Los Angeles is an amazing city, full of variety and buzzing with a heady tempo of glitz, glamour and excitement. If you only had one day in the City of Angels and you wanted to see as much of it as possible, what would be the top sights to see on a strict time limit? Well, whatever your preferences, the home of Hollywood will have something that won’t fail to delight and astound you.

Learn About the City

Before you arrive, learn as much as you can about the city and its surrounding areas. You could be setting foot on the Californian soil sooner than you know it, there are so many flights to Los Angeles available. Read about this electrifying city surrounded by huge mountains and valleys on one side, with beautiful beaches and the Pacific Ocean on the other. Find out more about the bustling culture and science industries in the city, along with the film and television industry in Hollywood that still produces much of the world’s biggest blockbuster titles.

Don’t forget about the rich history of this side of the US: from the rapid expansion of California during the Gold Rush, through the speakeasies of prohibition and the times when Hollywood went hard up following the 1929 Wall Street Crash.

So Much to See, So Little Time

It goes without saying that thanks to its vast size, you can’t see nearly enough of LA in one day. However, some of the main sights can be visited, particularly those of Hollywood: the iconic hallmark of Los Angeles’ worldwide fame.

Follow the stars along Hollywood Boulevard by wandering along the star-studded sidewalk and pointing out all the famous names you know — and those you don’t. There are thousands of stars on the Walk of Fame and you can duck into one of the tourist shops dotted along the street and pick up your own imitation Oscar statue! (“They love me, they really love me!”)

If you have an evening to spare in LA, try and catch a show at the iconic Hollywood Bowl: an outdoor amphitheater where hundreds of internationally renowned acts have performed.

Your trip to LA wouldn’t be complete without a visit to the original “muscle beach.” Here you can find that stereotypical image of Californian lifestyle come to life: musicians and performers, muscle-bound men in swimming trunks, drummers and surfer dudes strolling, rollerblading and cycling along the beachside paths. This is classic California at its best!

If you’ve seen Hollywood’s slightly crumbling streets, you also need to see how the other half live. Drive through Beverly Hills, which has been LA’s poshest area since the 1950s and still boasts many rich and famous residents. You could even do a “Celebrity Homes” tour and sneak a peek of modern-day movie stars from the windows of a tour bus. Tours leave from the Hollywood Walk of Fame and last around two hours.

If you’re lucky enough to have one day in Los Angeles, make the most of it and see as much as you can. Though there’s so much to see and do, one day is rarely enough! But you’ll sure have fun squeezing it all in!

Musical heritage from around the world