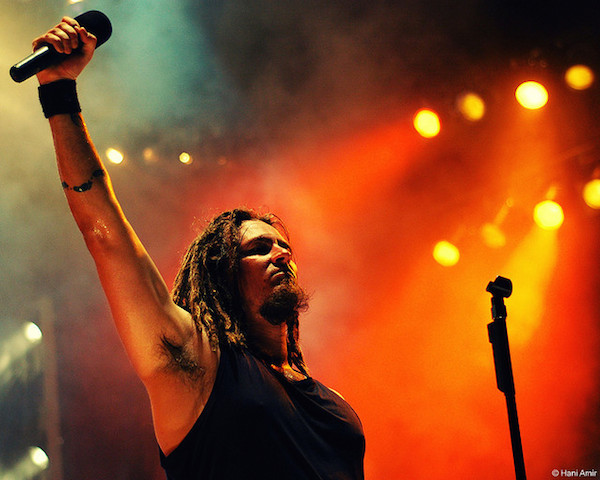 Music, like the rest of the entertainment industrial complex is one where the performers don’t just get the limelight; they also get the majority of the credit for their success. The truth is that these performers would still likely be playing for their parents in the living room if it weren’t to a dedicated team of professionals who operate behind the scenes to keep music going. Managers, promoters, studio producers, distributors, venue managers…these are people whose faces you probably couldn’t pick out of a lineup but who nonetheless have absolutely influenced the way you hear, experience and fall in love with your favorite bands.

Today we thought we’d take a look at a few of the “high rollers” whose talents keep things running behind the scenes and who have made huge changes to how the industry functions.

You might recognize Ethan for his first web-changing invention: OddPost (or, as it is called today: Yahoo! Mail). Even if you don’t, as a music buff you’re likely familiar with his most recent endeavor, BandCamp. BandCamp serves as a great “middle man” between musicians and fans.

Musicians can set up pages for their albums and songs for free. Fans can go to the site and then stream the music (also for free) or they can pay to download. The band sets the price point (often a “pay whatever you want”) and BandCamp gets a small percentage of the sale. Those commissions are what keep the site operational and free for everyone to use. It has absolutely changed the way independent musicians offer their music to fans. There is even a social aspect to the site now, allowing users to see what their friends and favorite bands are listening to and downloading.

Before Jordan Kurland got involved, most music festivals were for mainstream and well known bands. If an indie or unknown band managed to get stage time, it was typically just to fill in the empty space between one headliner breaking down and another headliner setting up. Then Jordan Kurland said “wait! What about the indie guys?” He helped reshape and rebrand NoisePop, one of the most widely respected music festivals in the industry to cater to indie bands and the rest is history.

He’s also changed the way managers represent their clients. His artist management company, Zeitgeist, works with independent artists (musicians and other artists too) only. This allows these artists to maintain their “indie cred” but also enjoy the “legitimacy” that having professional management and representation offers them. Since Zeitgeist’s doors opened, dozens of other copy-cat boutique management firms have opened up but none have the clout that Jordan Kurland has amassed.

If you’ve purchased a YouTube artist’s CD or shirt or gone to see them at a live show, those things probably happened because of Hank and Adam. Hank Green and Adam Lastufka are the brain children behind DFTBA records, an independent music label that caters to the YouTube audience. In 2009, Hank and Adam—both YouTube celebrities in their own rights, noticed that the primary complaint among their favorite independent musicians was that, while YouTube was a great way to get their music into the world, actually selling merch (something most bands do to support their music careers) was a huge and expensive problem.

The two put their heads together and DFTBA Records was born. The company is primarily a distribution warehouse: printing, storing and then shipping band merch and media as the orders come in. They also serve as a legitimate “label” for YouTube based musicians which helps lend some legitimacy to their work. The company has made millions of dollars for its artists since its inception five years ago and its cooperative nature allows the artists to do their own thing without the restrictions that other labels often put on their artists. Many of their signed musicians have turned down more lucrative deals to stay with DFTBA because they like the freedom they have there.

Remember: the music is great and wonderful but getting it from an artist’s brain to your ears takes a lot of work. The credit is deserved by the many, not just the few!

For the Love of Music Land Of Talk

A guide to Athens