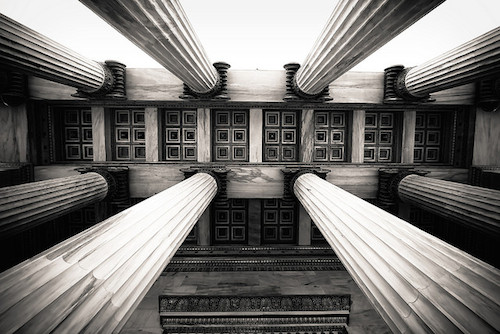 The city of Athens is located in Greece. Known for its Ancient Greek temples and its millenarian culture, the city is an ideal destination for a short holiday.

How to get to Athens?

Athens has a large international airport that is connected to many cities all over the globe. The city has a ferry port which connects Athens to many other Greek islands, an option for those who want to first explore the culture of the city before heading to an island for some beach fun.

There are many hotels and youth hostels around the city center, close to Syntagma square. If you want a quieter place, book a beach hotel in the regions of Glyfada and Pireaus, located near the sea.

There are many sites you cannot miss during your trip to Athens. Explore the Acropolis complex located on a hill near the city center, filled with Ancient Greek ruins and temples. Visit the Parthenon and the marble Propylaea, the symbolic partitions between the religious and the secular parts of the city. Close to the western facade of the Parthenon has a preserved segment of a fortification dating from the Mycenaean period, built from massive boulders that led to the building being called a piece of “Cyclopean Masonry”. Enjoy the views towards the city from this historic hill, and do not forget to visit the Ionian temple of Apteros Nike.

The city’s must see attraction is the New Acropolis Museum. Located near the base of the city’s most famous hill, this museum holds the largest collection of Greek artifacts and ancient sculptures. Some of the most famous exhibits in the museum are the statue of the goddess Athena and the Parthenon Frieze.

The National Garden is a green oasis located in the center of the city. This place is ideal for an afternoon stroll. The garden used to be part of the Royal Palace. There are paths lined with statues and many flowerbeds.

Explore the area around Syntagma square, where many museums are located, including the Benaki and Byzantine Museums. In this area you will find the city’s Parliament building, where you can see the ceremonial change of guards near the tomb of the Unknown Soldier.

Where to chill out?

Take a walk around the clustered streets of the traditional neighbourhood of Plaka, located close to the city center, if you want to enjoy the city life. There are many bars and restaurants in this district, known for its traditional architecture. Monastiraki and Kolonaki are two other places where to enjoy some traditional food and a drink.

If you find the hustle and bustle city of this large city overwhelming, head to the coast of the city. Spend an afternoon in one of the many lounges in the chic seaside district of Glyfada. If you are looking for some relaxation, spend a day at the beach.

Vouliagmeni is the ideal place for a day trip outside of the city center. Explore this seaside town and enjoy the views towards the sea.