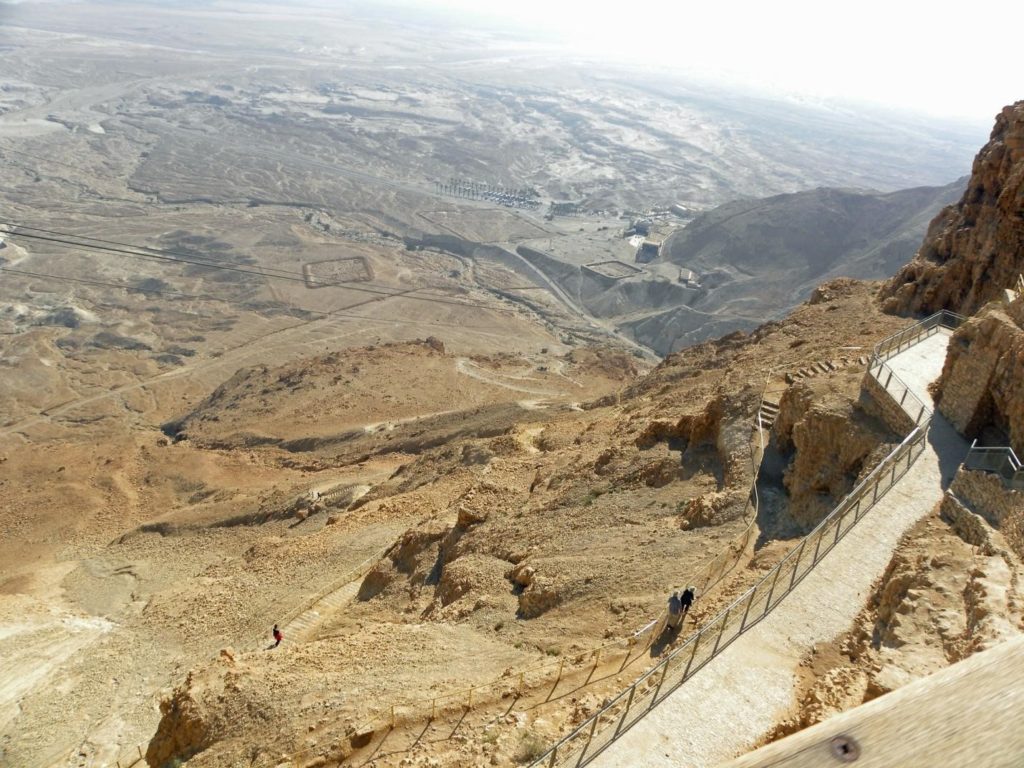 Masada is one of the most popular tourist attractions in Israel. It draws more than 700,000 visitors every year and was declared a UNESCO World Heritage Site in 2001. It is a natural fortress, an ancient fortification overlooking the Dead Sea. Masada is found on top of a rock plateau that is about 400 metres high on the east edge and 90 metres high on the west. Beyond the majestic natural beauty lies a rich history that makes Masada more enthralling.

Information regarding Masada history was narrated by Josephus in his writings, a Jewish Roman historian. It began during the time the Jews, led by Alexander Jannaeus first fortified the site in the first century BCE. King Herod was next to conquer the mountain, towards the end of the century. Known as an aggressive ruler, he built grand cities, villas and strongholds and improved the Jerusalem Temple. Herod the Great first used Masada when the Romans made him King of Judea. Years later, he began a huge construction project. He built two lavish palaces (the western and northern palace), bathhouses, swimming pool and a massive water system.

In 66 CE, a group of Jewish Zealots called Sicarii conquered Masada. In 70 CE, the second temple was destroyed and more members of the group came to settle on the mountain. The extremist troops attacked nearby villages and killed 700 children and women. In 73 CE, Lucius Flavius Silva, a Roman general, led a siege of Masada. They surrounded the area and constructed a line of fortifications and a high assault ramp made of bedrock. The ramp was finished after about three months of siege. This allowed the Romans to break the wall of the fortress with an ancient siege engine. The Romans enlisted the troop together with some Jewish prisoners. They built a siege tower and breached the fortress in 73 CE.

Stronghold of the Zealots

When the Roman troops finally entered the fortress, they didn’t know their opponents had prepared a “citadel of death” for them. The Jewish rebels set the place ablaze, except for the food storerooms and committed mass suicide. They didn’t set the stores on fire to let the Romans know that it was not hunger that led to their suicide. The Zealots were trapped in Masada, which they believed was the will of God. Two women and five children survived the tragedy because they hid in a cistern.

Masada’s heroic tale that ended dramatically caught the attention of many people who wanted to explore the desert and search for the fortress. It was finally identified in 1842, leading to in-depth excavations in the 1960s. Masada has since become a symbol of Jewish heroism, courage and determination to free its land from oppressors.