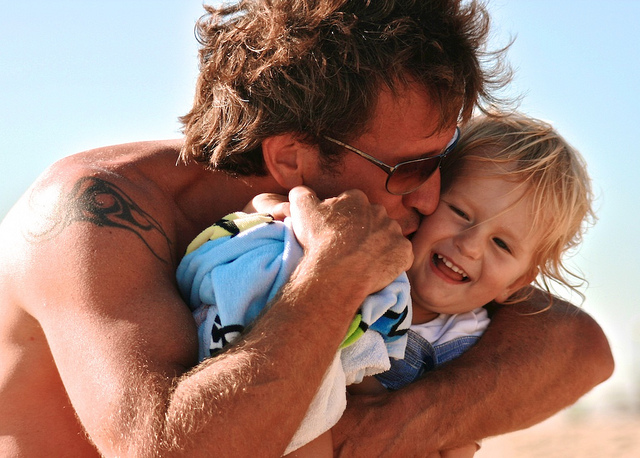 Being a dad can be difficult, especially if you have a busy career, we all want the best for our children and to become an inspirational father is something that we all hope we can be for the sake of our children. There are some inspirational figures that we can look to in order to encourage us to be great father’s and Jack Elway is one such man.

Jack Elway was not only a fantastic head coach in the world of football, excelling in the college game and on the World stage with Frankfurt, but also an inspirational father who’s son John would go on to become one of the greatest quarterbacks that the NFL has ever seen. Jack’s son John became a 2 time Superbowl champion and in 2004 was inducted into the Pro Football Hall of Fame. John regularly cites his dad as his greatest influence and today we’re going to take a look at how you can follow in Jack’s footsteps when it comes to fatherhood.

John Elway regularly talks about how, in spite of his father’s busy career, he always made time for him, time to come to his football games, time to talk with him on the phone and offer advice and time to spend with the family. Being able to make time for your children is one of the key parts of being a great father, grand gestures are irrelevant if you aren’t doing the little things that are so important to children. Attending events and simply being at the other end of the phone will build a great relationship between your children and you and will give you the best opportunity to inspire them.

You want your children to shoot for the moon and truly believe that it is possible to achieve anything, this is how Jack was with his son John and the results of this was a glittering career for John Jnr. It is important that you test and challenge your children regularly and should they fail, then that is when you need to step in and help, encourage and get them back on their way again. giving your children low expectations will not help them to truly achieve what they want and it will not help them in the real world. Push them and drive them but remember to help them when they fall down.

Be a Role Model

John Elway grew up around a Dad who was loved by many in the football world, a man who inspired his team and his coaching staff to strive for the best. In order to expect your child to achieve anything it is important that you are seen as a great role model and someone who they aspire to be like. Children copy almost everything, especially from their parents and this is how they learn, make sure that your children are copying you at your very best so that they can go on to be great role models when they grow older too, just as John Jar did.

Why Your Business Needs a Financial Planner

How to Pay Your Tuition Fees at University