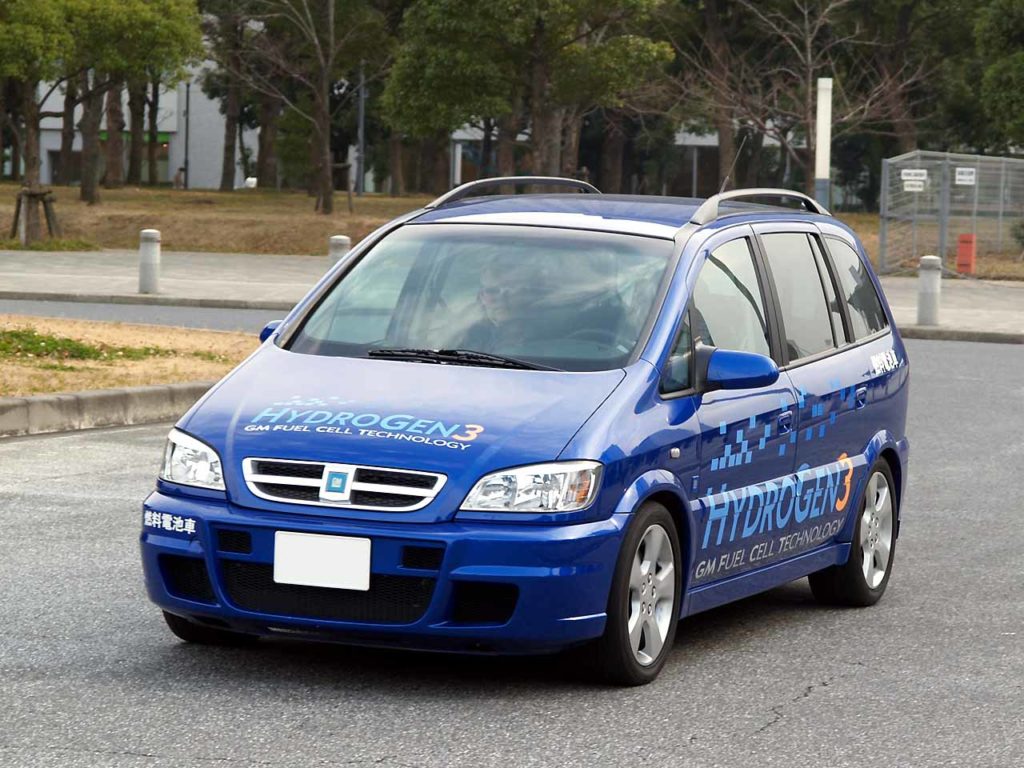 While hybrids and pure electric vehicles (EVs) have enjoyed the limelight as the green vehicles of choice for a number of years now, hydrogen fuel cell vehicles (HFCVs) have been quietly languishing in the background. Hamstrung by fueling infrastructure issues, they’ve had a tougher time catching on than the more conventional electrified cars from the likes of Tesla, Chevrolet and Toyota. But with several new models on offer from mainstream manufacturers, hydrogen powered cars are promising a future without emissions.

HFCVs combine hydrogen and oxygen to make electricity onboard while emitting only water vapor. They are true zero emissions vehicles with much shorter refuel times than today’s EVs. While it can take as much as 30 minutes to recharge an EV, a hydrogen fuel cell car can be completely refueled in approximately three to seven minutes—just like a gasoline-powered automobile. Further, most have a range in excess of 300 miles, which exceeds that of most currently available EVs.

However, there is a major catch; refueling stations are currently few and far between. As a result, governmental entities and private fleets with the financial wherewithal to invest in their own refueling solutions are operating the majority of the HFCVs on the road today. But government incentives and subsidies for the general public are on track to grow the market by more than 80 percent by 2021. Leading the charge are Europe, Japan and the United States.

Currently, the three most popular HFCVs offered by mainstream manufacturers are the Toyota Mirai, Honda’s Clarity and Hyundai’s Tucson Fuel Cell. To help ease the primary concern, each manufacturer is offering some form of a discount for refueling in addition to information regarding the location of fueling stations. Rather than selling them outright, most companies are offering HFCVs as lease-only products so they can keep a tighter rein on the technology as it matures. As you might expect, these cars are largely available only in early-adopter centric California.

Honda’s Clarity leases for 36 months at $369 per month (plus applicable taxes), with a down payment of $2,499. Included in the price is a debit card good for $15,000 worth of hydrogen. Honda also throws in a three-week loan of a conventionally powered car.

The Hyundai Tucson FCV leases for $499 monthly (plus applicable taxes). Hyundai offers free unlimited hydrogen refueling and it’s “At Your Service Valet Maintenance”, wherein they send someone to your home or office to take the car in for its regularly scheduled maintenance visits. They also bring it back when the service is complete.

Toyota’s Mirai is available either for sale or for lease. The suggested retail price is $57,500 plus $865 for shipping and handling. California offers a $5,000 rebate and access to the HOV lanes. The Fed is extending an $8,000 tax credit and Toyota is providing a $7,500 rebate or zero percent financing for 60 months. Lease deals are available for $349 monthly (plus applicable taxes) for 36 months with a down payment of $2,499. Three years of complimentary fuel, a hydrogen station finder app, and no-cost scheduled maintenance are among the Mirai’s other perks.

Whether HFCVs will prove to be the killer app that gets us to a hydrogen-powered future without emissions remains to be seen. But with manufacturers working to make the cars more affordable and government entities providing incentives to propagate fueling stations, hydrogen definitely has a shot.

A Life of Luxury – 5 Ways to Spoil Yourself This Season