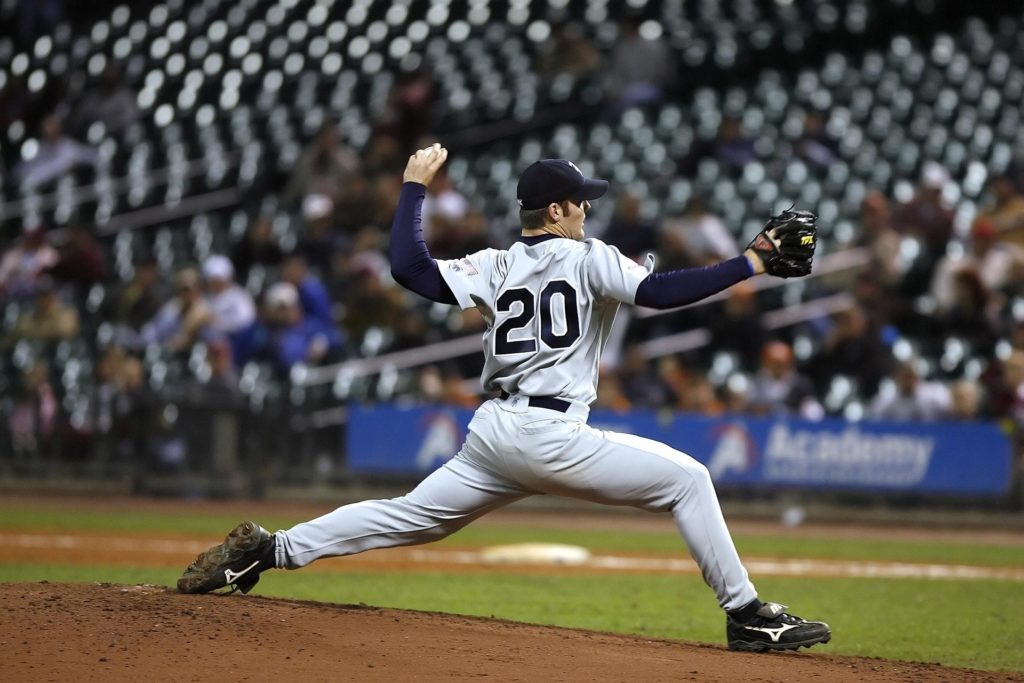 Baseball is a game of fractions. A fraction of a millimetre on a batter’s swing can mean the difference between a miss and a moonshot.

A fraction of a second’s delay in a fielder’s response time can see them muff badly or land a heroic catch that will be replayed long after they’ve retired.

If your favourite player has had sudden a drop in form, going from being a shoo-in for MVP to having a nightmare each week, chances are haven’t just forgot how to play the game, it’s just they’ve lost these fractions.

There could be many reasons for this, a loss of confidence maybe, injury perhaps. But there could also be a very surprising reason for this dip in form, one that isn’t often spoken out in the commentary box – your star simply ain’t getting no sleep!

Sleep has been referred to as the single greatest natural performance enhancer known to man.

Getting a good night’s rest is vitally important no matter who you are and what you do, but it’s especially vital for anyone hoping to perform well athletically.

Sleep prepares the body for action

It’s not the hard hours in the batting cage, running drills, or in the gym, that conditions a player’s muscles. In actual fact, when they are engaged in any repetitive physical activity they will actually be tearing muscle fiber down. It’s when they are at rest that these fibers are then repaired and reinforced.

Sleep is an essential component of any training regime. If you’re favourite player simply isn’t setting aside sufficient time to allow their body to make these repairs then no amount of time spend on the training pitch will prepare them for action. In fact without enough sleep they will likely be in worse physical condition than if they had skipped training completely.

Simple put if a player is getting less than 8 hours sleep a night he is more likely to get injured than one who is.

There is basically three reasons for this. The first relates to what we discussed above, when we are at rest the body repairs and strengthens itself. When we sleep badly this process is interrupted and is weak points become weaker.

Secondly, simply put a sleep-deprived individual has significantly reduced cognitive performance and decreases energy resources. That means their reactions and actions are sluggish. When an athlete isn’t at their peak they tend to overcompensate by stretching their body further than they should. The result is injury.

Thirdly, tiredness equals clumsiness, a player is far more likely to misstep, roll an ankle, etc, when tired than when well-rested.

The difference between being a baseball legend and being a minor league nobody is a lot less than you might imagine. There exists a split second difference in thought and action between a swing and a miss and a home run. It all comes down to reaction times.

Now think of the last time you had a poor night’s rest. Think how slow your reactions were. You probably struggled even to decide which cereal to eat. Now imagine a ball coming toward you at speeds over 90mph. Yikes!

When tired the brain responds slowly. It makes worse decisions and it’s considerably less accurate in response to external stimuli. External stimuli like say a ball coming toward it at high speed. Such is the extent of sleep deprivation on mental performance that researchers have compared it to the same as being legally drunk.

You wouldn’t expect a player to turn up to a game under the influence now would you? Well, if they are turning up without having enough sleep they may as well be drunk!

Research indicates that the time a batter hits the sack can have a big impact on how well he hits the ball the following day.

One study in particular saw researchers analyzing players sleeping patterns against their batting stats for the preceding season, and comparing both against the start times for games in which they’d played.

Well, there you have it sports fans, the next time your team has a big game pray they all get a good night’s sleep. Victory not only favours the brave but also the well-rested.

Insular Insights – How to Develop a Self-Contained Business

The Best Entertainment App and Games to Play This Year