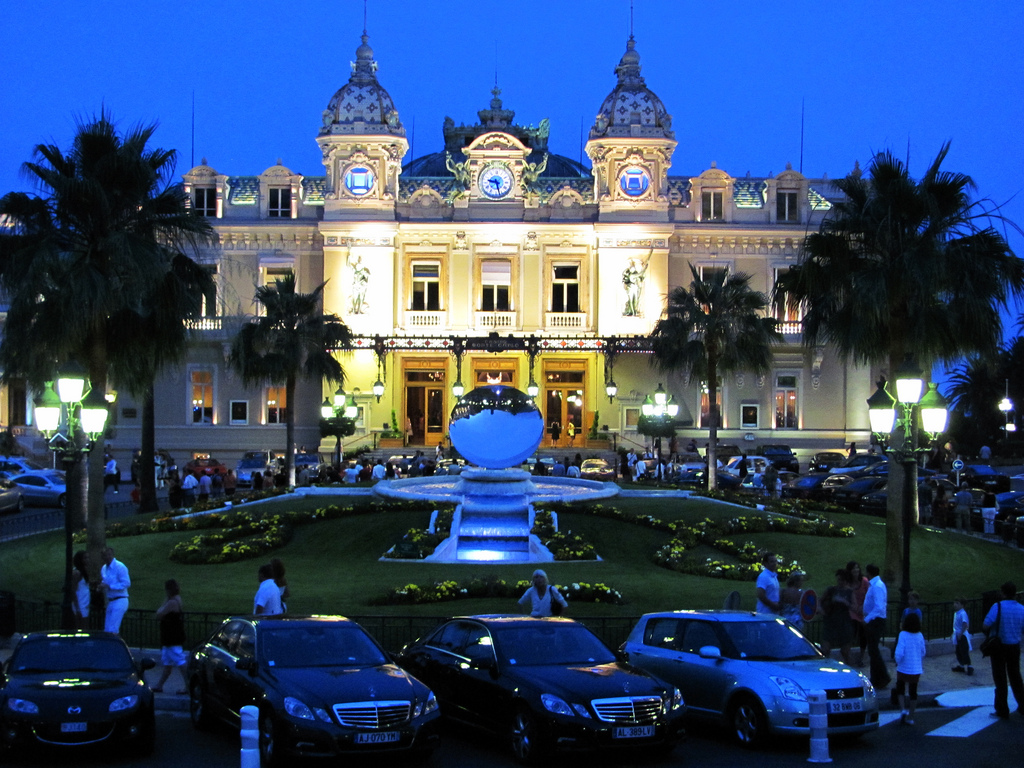 Gambling today is quickly moving on-line with reputable companies like betfaircasino.com offering all types of opportunities including their Betfair Slots, to gamblers looking for great odds, safety and convenience. From its humble beginnings, more than 400 years ago, the industry has grown and changed dramatically. However, many of the great casinos that started the industry, remain, and still service loyal clients in more than ample surroundings.

From the oldest high-end operating casino in the world, to a 250 year old luxury casino in the Black Forest of Germany, to the casino that put Vegas on the map more than 100 years ago, these historic casinos continue to entertain the most demanding gamblers in the world.

The 400 year old Casinò di Venezia was built in in Venice Italy in 1509, and is considered the oldest operating casino in the world today. This Renaissance-style palace was once home to prominent families and became a gambling house in 1638. It sits facing the beautiful Grand Canal and can be seen from the water for more than a quarter mile in each direction. The interior is a literal art gallery, where Classic art and chandeliers abound and ceilings painted by a Baroque master are featured.

The casino offers high-end gamblers traditional French games such as Roulette and Chemin de Fer, and American games like Texas Hold’em, Blackjack, and Caribbean Stud Poker and over 600 slot machines as a more informal way to have fun.

Where the Rich Come to Gamble – Casino de Monte Carlo

Built in 1856, the Casino de Monte Carlo in Monaco is a true symbol of status and class. For more than 150 years, the casino has attracted the world’s rich and famous to its extravagant gaming halls and entertainment venues.

The casino was commissioned by the House of Grimaldi, who built it to restore the family’s failing finances. It became an immediate money maker and has been since. With its air of sophistication, the casino has appeared in many films and television shows including James Bond’s Casino Royale.

This legendary casino has been updated through the centuries to offer its prestigious customers a full range of games that will satisfy players of all levels. Today, the casino offers table games like European Roulette, English Roulette, Craps, Blackjack, and Poker. Gamblers can also play video poker, and slots.

The Kurhaus Casino in Baden-Baden Germany, is often called the most beautiful casino in the world and has hosted many distinguished guests including American President Barack Obama and German Chancellor Angela Merkel.

Located in the Black Forest, Casino Baden-Baden attracts visitors with its luxurious gaming rooms, and as a spa resort. The Corinthian columns and paired griffins overlooking the grand entrance and the French interior date all the way back to 1766 when it served as home to the Marquis Friedrich Weinbrenner.

Through the centuries, it has served as a respite and entertainment palace for the high-end of Europe. Today, the lavish gaming rooms continue to attract tourists from around the world eager to play casino games on offer such as Roulette, Poker, Blackjack, and Slot Machines.

In terms of Las Vegas, the gambling entertainment capital of the world, the first Casino to open its doors was the Golden Gate Casino in 1906. Long before gambling was “technically” legal, the Golden Gate attracted America and Europe’s high end gamblers to its prominent location on Fremont Street.

The original hotel and casino was the height of luxury for the region at the time and it featured several gaming rooms for gamblers to spend their time and money. Over more than 100 years, the Golden Gate has witnessed Las Vegas grow from a dusty and sleepy town, to one welcoming more than 38 million visitors each year. And even as the majority of the action has moved away from Fremont Street and onto the strip, the Golden gate has remained a proud landmark that many gamblers seek out when they are in town.

These historic high-end casinos have stood the test of time, and with their charm and history, continue to welcome today’s most discerning gamblers.

5 Things to Have When Starting to Work in England

How Much is Too Much? The Accessories Guru’s Guide