Florida will come alive in autumn 2013 with an array of electrifying festivals that cater to music fans of all genres. The best time to visit is when the trees will be turning into a fiery flutter of orange and red, and the weather starts to mellow. If you’re planning Florida holidays in 2013, here are three festivals that you may want to look up: 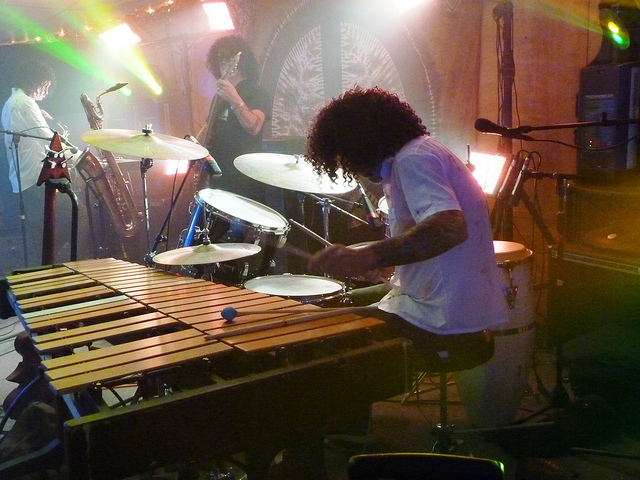 Taking its name and inspiration from the famous Lollapalooza; Nerdapalooza is a quirky and nerdy take on the festival tradition. This nerd-friendly festival soaks in everything that’s great about nerd culture and regurgitates it into a massive party, featuring nerdcore hip hop, nerd rock and video game music. It’s a novel idea conceived by radio personality John hex Carter, who pioneered a nerd-themed radio show on KRFH. It takes place over the weekend of the 18th to 20th of October at the Orange County Convention Centre in Orlando.

The inaugural Gulf Coast Jam takes place in Panama City in Florida over three days between the 26th and 28th of September. It’s a three-day shindig that lovers of country music shouldn’t miss. Taking place on magnificent coastline, the festival is partnered with luxe accommodation providers Edgewater Resort, Boardwalk Beach Resort and Seahaven Resort with a shuttle bus service from the resorts to the festival grounds. A veritable who’s who of country music will be there to entertain crowds. Then it’s back to the sumptuous resort digs. It’s a posh and upmarket arrangement for those who prefer not to slum it in tents.

This festival takes place just before winter creeps in, on the 14th to 17th of November at the Spirit of the Suwannee Music Park. This is a unique music venue and amphitheatre, with top class camping facilities. It’s nestled close to the banks of the golden Suwannee River in northern Florida.

The Bear Creek Music and Art Festival has an eclectic mix of musical acts this year, including Pee Wee Ferris, Bootsy Collins and the Funk Unity Band, Karl Denson’s Tiny Universe, The Roots, Lee Fields and the Expressions, with many more acts to be announced. Other than listening to music, there’s plenty of other things to do like bird watching, canoeing and hiking.

Music fans from all over the globe should consider Florida holidays in 2013 as it’s the perfect year for hiring an RV, gathering some friends and stringing up a hammock in the forest. After that it’s just a matter of letting music and nature float you away.

Prepare your tablet for a family holiday | Travel gadgets

Majorca: On a Quest for Quirky Fiestas