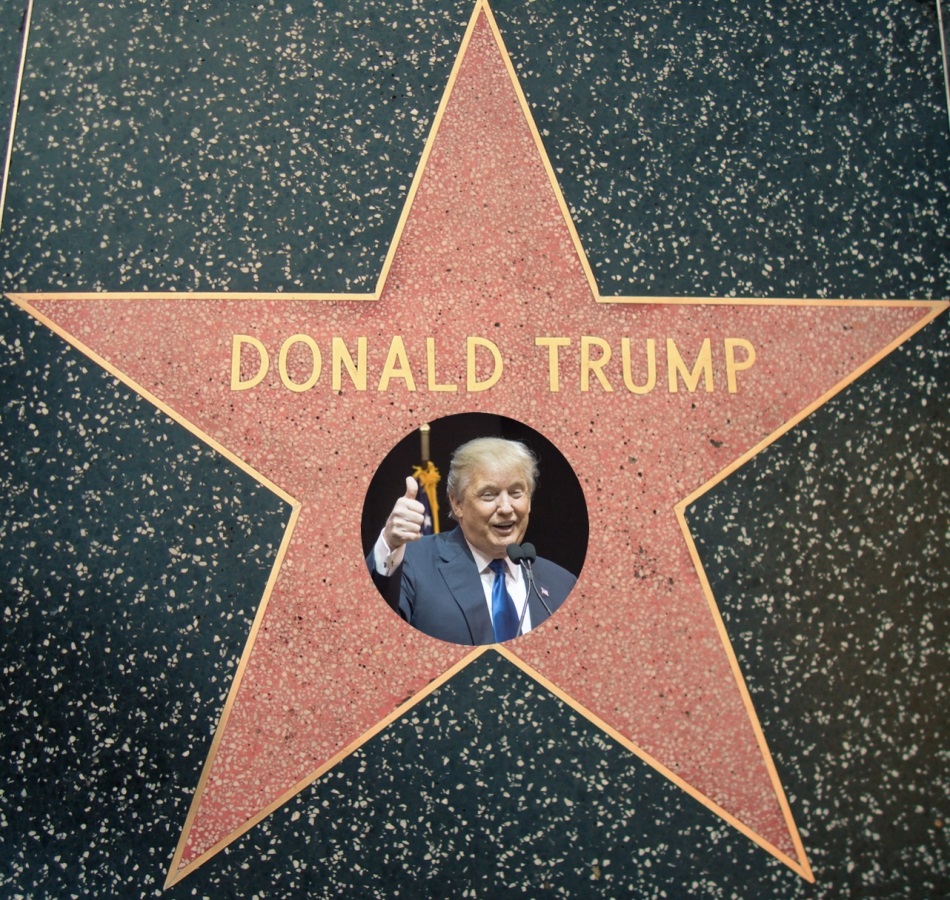 He may only have been inaugurated as the 45th President of the United States this year, but Donald Trump has been making an impact on popular culture for several decades.

Whether it’s his wealth, his involvement with the WWE, his high profile celebrity feuds, or the failure of Trump Casinos in Atlantic City; Donald Trump has a knack for making headlines.

Trump first entered the public domain in the 1970s when he became president of his father’s real estate company – The Trump Organisation. He’s since worked tirelessly to build his personal brand, leading to many parodies and satirisations.

Trump’s been the subject of Saturday Night Live sketches since 1988, leading to impersonations by comedians including Alec Baldwin – who later offered to perform in character at his inauguration ceremony.

Another highly notable parody saw The Simpsons depict Trump as U.S President in the episode “Bart to the Future”, first released in March 2000. His appearance was described by writers as “a warning to America”. Following Trump’s election as President, a 2016 episode of the Simpsons included the words “being right sucks” featured in the title credits.

Parodies aside, Trump has had a huge impact on TV under his own volition. He was the first host of The Apprentice in the United States, and held the role for fourteen seasons, garnering immense fame.

Trump has appeared on the big screen too, although never in a starring role. His most famous cameo appearance came with 1992’s Home Alone 2: Lost In New York, where he appeared briefly to help Kevin navigate the hotel. The film was set and filmed in New York’s Plaza Hotel which Trump owned at the time.

The future President also made cameo appearances in Zoolander and Wall Street: Money Never Sleeps, usually playing himself. He even has a Golden Raspberry Award for his first film appearance in Ghosts Can’t Do It.

Of course, Trump has plenty of other accolades to shout about. He’s a WWE Hall of Famer (having hosted Wrestlemania IV and V at Trump Plaza Casino and Hotel, and also appeared at Wrestlemania 23 in the Battle of the Billionaires). In 2007, Trump was awarded a star on the Hollywood Walk of Fame. Not bad for a business tycoon!

5 Ways to Learn More about Yourself

4 ways to make a success of online dating