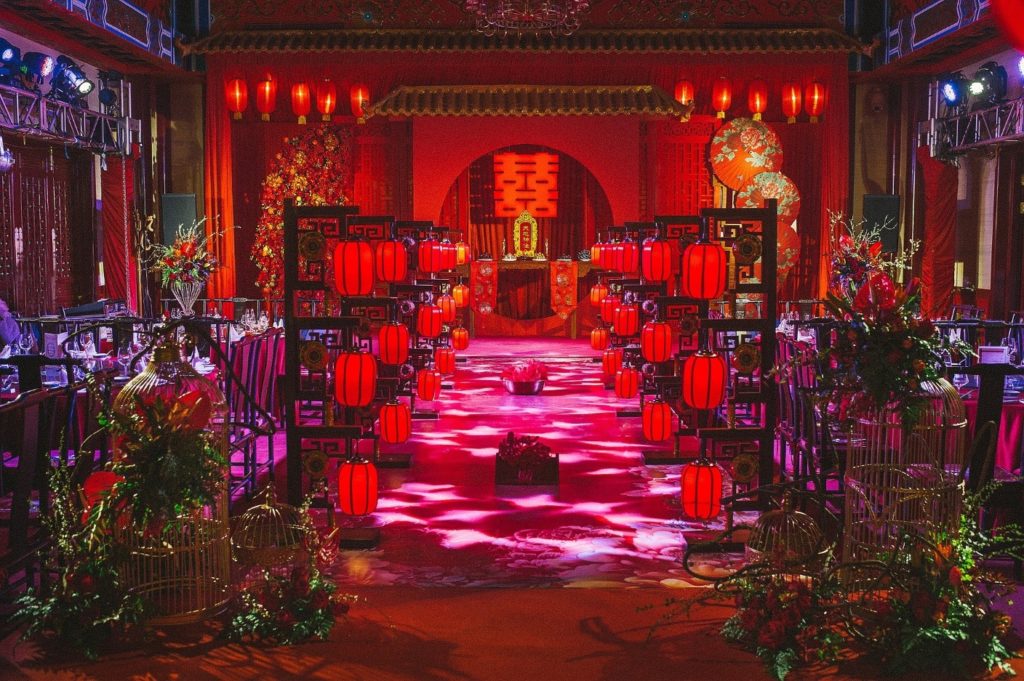 Living in the UK, you meet a lot of people from different countries. When you have a friend of a different nationality such as Japanese, Chinese or Indian, it is likely that you will be invited to their wedding. Their customs and traditions are very different. It is better if you have an idea of what to expect if you are invited to an Asian wedding.

When attending a Chinese wedding, expect to see a lot of red and gold. Red is believed to be associated with love, honour, success, fertility and loyalty while gold represents fortune and wealth. They try to avoid dark colours as much as possible because they are considered unlucky colours.

When giving gifts to the couple, guests usually hand a red envelope with money inside. Bear in mind that putting anything in multiples of four should be avoided because it is considered unlucky. Mirrors are also a bad idea for a gift, because it is believed that they attract ghosts.

You can also expect to be given wedding favours such as a photograph of the couple, chocolates or candies. The couple will usually see the guests off and give the favours as they leave.

This kind of wedding is celebrated over three days. This culture-rich wedding is unlike any other wedding you have ever seen. The bride will receive intricate henna paintings on her feet, legs, arms, wrists, hands and palms. These are also done to the bride’s female friends.

In this kind of wedding, a mangral sutra (black and gold necklace) and a line of red powder on the bride’s hair symbolises their loyalty instead of a ring. You can also expect to see bright colours in an Indian wedding, so it is safe to wear colourful attire.

Among the Asian weddings, a Japanese wedding is probably the simplest one. If you are invited to such a wedding, you should feel very honoured because only family and close friends are invited to such an event. When choosing an outfit for the wedding, avoid wearing white. White is already taken by the bride. Wear something formal that is not too revealing.

Similar to the Chinese, they also love receiving monetary gifts enclosed in a fancy envelope. You can also give other gifts along with it such as items they can use in their home.

Also, take note that the wedding party won’t involve dancing but a series of speeches from the most important people in the newlywed couple’s lives. Do not be alarmed when you see people cry at the reception, it is also a part of the celebration.

With the increasing number of Asian nationalities living in the UK, you can easily find Asian wedding venues available. It is an experience attending an Asian wedding, because you get a peek at their traditions and rich culture.

How To Stop Noise Pollution From Getting into Your Home

Marketing Options to Take Your Business to the Next Level