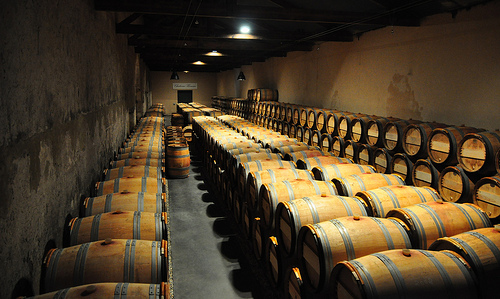 Destinations like France are immensely popular choices for wine holidays, but if you’re interested in going somewhere a bit different, South Africa is a strong contender. In fact, it produces some of the best New World wines around, and today I’m going to pass on some tips about where to go and what to do, as well as give you a brief introduction to the country’s wine industry.

If you want to learn all about South African wines, the Cape Winelands is the place to go. Quick and easy to reach from Cape Town, this area is famous for its fantastic produce – and the added bonus for us travellers is that, as well as great wines, there’s spectacular scenery at every turn. Oh, and there are world-class restaurants as well. So, as you can imagine, this region is an absolutely perfect place for a luxury South African break.

There are lots of districts within the Cape Winelands, and which you visit may well be strongly influenced by your taste in wine. Today, I’m going to take a closer look at one of the best-known districts, Stellenbosch.

Stellenbosch is one of South Africa’s oldest wine-producing regions, and has a Wine of Origin status. At just 28 miles from Cape Town, Stellenbosch is easy to visit on a day trip – though I must warn you that this place is so lovely and the wines have such a depth of flavour that you may want to spend much longer here.

Surrounded by the Stellenbosch, Simonsberg and Helderberg mountains, the district has a warm summer climate that’s strongly influenced by the False Bay area, which is nearby. Pinotage, cabernet sauvignon, shiraz and merlot are some of the most popular grapes to be cultivated within the district’s seven wards.

If you’d like to spend your holiday exploring different parts of South Africa and you’re keen for wine to feature heavily in your journey, the Garden Route is one of the options worth considering. As well as giving you the chance to spend some time trying the best of the Cape Winelands, you’ll also have the opportunity to see some amazing animals along the coast.

You can start off by spending a few days exploring Cape Town’s attractions, like Table Mountain, before driving through the Cape Winelands, visiting places like Stellenbosch and Franschhoek. Plus, if you are keen to see some wildlife, you can take a trip to Cheetah Outreach while you’re here.

Other destinations to look forward to along the way are beautiful Knysna, where you can relax on the beach and go snorkelling, as well as Addo, which is home to the world-famous Addo Elephant Park.

Just to finish off, I’d like to take a look at the history of South African wine – something you might not think is a particularly long story, given that the country’s wine is classified as New World. However, it’s longer than you think, with the first wine being recorded here back in the mid-1600s. It all started with the Dutch East India Trading Company, which played a big role in kickstarting the industry that’s still running today. In fact, the name Stellenbosch is actually derived from the name of an old Dutch governor of South Africa.

So, why is it viewed as so new? Well, it wasn’t until Apartheid was ended at the close of the 20th century that international distribution really took off on a large scale, propelling South African wines into the prominence they enjoy today – and with such exciting wines being produced, let’s hope the success continues.