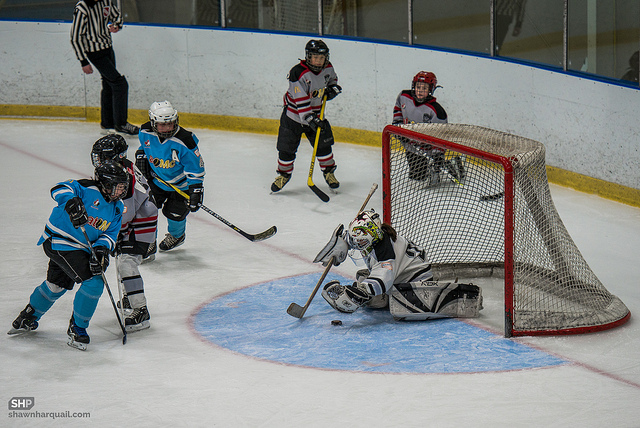 Polls suggest that about 90% of Americans watch sport and according to Forbes by 2019 the sports industry will be worth around $ 73.5 billion. So, it seems reasonable to assume that at least some of you will find the following of interest.

Glow Pucks are making a comeback

One of sport’s more interesting innovations was the introduction of the Glow Puck or FoxTrax during the National Hockey League games shown by Fox from 1996 to 98. Brainchild of Fox’s Head of Sports, the idea found favor with Rupert Murdock and was subsequently developed. A standard puck was cut in half and a battery and circuit board inserted. The idea was that illuminated pucks would make it easier for TV viewers to follow the game. Purists hated it, players complained the pucks had too much rebound and comedians had a great time making fun of it. Well now it’s back: The National Hockey League and Sportsvision inc. are trialling it at this year’s World Cup of Hockey.

Michael Phelps is better at getting gold than 97 countries

Michael Phelps ended his Olympic career on the 13th August 2016 by winning his 23rd gold medal in the 4×100 meter relay, bringing his total medal haul to 28 over the course of four Olympic Games. Bizarrely this gives him a better medal tally than close to a hundred countries at the Rio Olympics. His closest rival is the Russian gymnast Larisa Latynina who bagged 18 medals over the course of three Olympics between 1956 and 1964.

Regarded by many as the greatest basketball player of all time, Michael Jordan’s career is full of record breaking statistics. Known as ‘Air Jordan’ and ‘His Airness’ Jordan holds the record for the highest career regular season scoring average and the highest career playoff scoring average. He won the NBA Championship with the Bulls in 91,92 and 93 and after dipping out to try his hand at baseball, again in 96,97 and 98.

Babe Ruth hit his first professional home run on March7th 1914 but it is for his 1920 and 1921 seasons that he will be best remembered. Nearly a century later his 1921 totals of 177 runs, 457 total bases and 119 extra base hits still stand as major league records.

When Muhammed Ali, then known as Cassius Clay, fought Sonny Liston in 1964 no one thought he stood a chance

In 1964 Sonny Liston was considered unbeatable. The British heavyweight Henry Cooper, who’d put Ali on the canvas the year before, said he would happily take on Ali again but he wouldn’t go in the ring with Liston. The odds against Ali were seven to one and the only person who seemed to believe he could beat Liston was Ali. The fight came very close to being cancelled, Ali had spoken at a Nation of Islam rally and his association with Malcolm X put the fight in jeopardy. It was only when Malcolm X left town that the fight got the go ahead. On the night of the fight the sixteen thousand seat arena was half empty. Liston had predicted it would all be over by round two. At the start of round seven Liston refused to leave his corner, Ali was pronounced the winner and the rest is history.

A Foodie’s Guide to A Weekend Break in London

Dispelling Myths about Exercising During Pregnancy