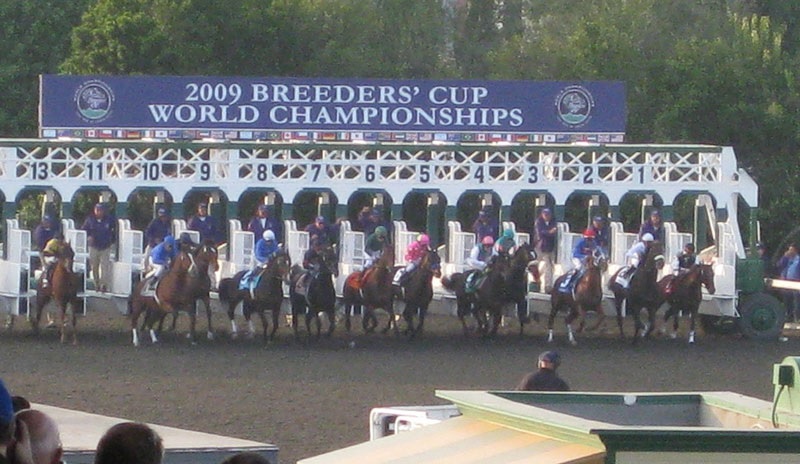 On Nov. 3-4, the 2017 Breeders’ Cup will make its debut at the iconic Del Mar racing venue for the first time. In the world of horse racing, the Breeders’ Cup is equivalent to the Super Bowl. This annual two-day event brings together the best horses and riders from around the world, with a combined purse of $28 million.

Since its debut in 1984, the Breeders’ Cup has become known as the end-of-year championship for North American horse racing. The Breeders’ Cup Classic race, which takes place on Saturday, is often referred to as the “4th leg” of horse racing’s Grand Slam, with the other three consisting of the Triple Crown races in the spring. Here is what you need to know about the upcoming Breeders’ Cup, the latest contenders, and information about the Del Mar venue.

The Breeders’ Cup began in 1984 and is marked by a dramatic three-way finish, where the crowd had to wait ten tense minutes to find out that the winner was 31-1 longshot Wild Again. Winners of each year’s race receive a purse, a unique flower garland, and an authentic bronze reproduction trophy of the original Torrie horse that dates back to the late 1580’s.

The 2017 Breeders’ Cup Classic is open to Thoroughbreds 3 years old and older. The race is the culmination of the Breeders’ Cup Challenge series, through which up to seven of the 14 horses in the race will qualify automatically with a win.  The final two qualifying races for the Classic are the Awesome Again Stakes at Santa Anita on Sept. 30 and the Jockey Club Gold Cup at Belmont on Oct. 7.

What to Watch for at This Year’s Breeders’ Cup

Among the top contenders for the Breeders’ Cup Classic, there are three horses currently listed as Challenge series winners. These are Gun Runner, Collected, and Girvin. Other contenders for the upcoming race include Arrogate, Cupid, Gold Dream, Gunnevera, Irap, Keen Ice, Shaman Ghost, and West Coast.

Gun Runner is considered one of the top older males running this year, and one that keeps getting better. He came away with a 10 1/4-length victory in the recent Grade 1 Woodward Stakes and has three straight Grade 1 wins since returning from a World Cup victory in Dubai. It would be a mistake to take your eyes off of Collected, however, who won the TVG Pacific Classic Stakes. Another strong contender is Arrogate, who has beaten Gun Runner twice in head-to-head matchups.

If you decide to go the Breeders’ Cup, know that this is an exclusive ticket and space is limited. Last year, the events were held at Santa Anita, which welcomed more than 118,000 visitors over the weekend. The seaside Del Mar Thoroughbred Club, affectionately referred to as “Where the Turf Meets the Surf,” only holds 37,500 spectators.

Del Mar has invested $4.5 million into the Breeders’ Cup fan experience, with two new luxury chalets, renovated Turf Club luxury suites, and an enhanced infield experienced called “The Beach.” There is also a new state-of-the-art video board at the track, and several community events surround the race weekend. Tickets for the Breeders’ Cup and several expanded experiences at the race are on sale now, so take advantage of this opportunity to watch this exciting sport.

Weed Whacker: How to Reclaim a Wild Yard