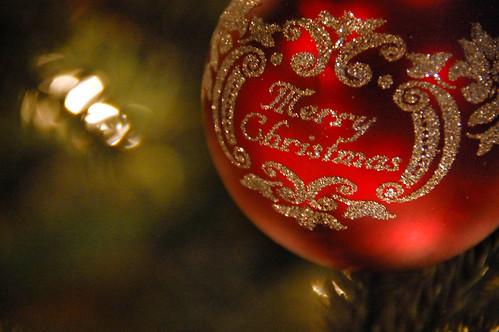 The Christmas Period is characterized by excessive shopping, cold weather and snow, and of course…music. But there is no longer a “one size fits all” with regards to Christmas music, even though it is the backdrop to the festive season.

The holiday period is enjoyed to the sounds of Church choirs and carollers. Traditional hymns, often sung without any musical accompaniment, are sung by local choir groups that graces shopping malls and bus pedestrian streets during busy shopping hours. They are an expected sight next to Santa’s grotto. Carols are split loosely into secular and non-secular songs. Secular carols have their origins in Christianity and are religious in nature, usually with quite sile lyrics and beautiful harmonies. Non-secular carols have become more common in recent times, and focus on the non-religious aspects of Christmas. Usually, they are by-products of the commercialization of Christmas and relate to Santa Clause and his help. Almost every child in the Western world is familiar with the lyrics of “Rudolph the Red Nosed Reindeer” and “Santa Clause is coming to Town”.

The modern equivalent to Christmas carols are, of course, pop songs that are played relentlessly during December. Radio stations, music TV, nightclubs and bars, all become over-run with Christmas music. DJ’s and presenters are overwhelmed and inundated with requests, and it is virtually impossible to have a night out in December without hearing at least one Christmas jingle. Although Christmas pop songs are a modern twist on traditional carols, there still bear a resemblance to the music that inspires them. Mariah Carey’s “All I Want for Christmas is You”, is one of the best-selling and most popular Christmas songs of all times. Despite being a modern classic, it is tinted with sleigh bells and jingles to make it sound more “Christmassy”.

Recent efforts by popular musical artists, with repeated success in the charts and number one hit after hit, have failed to break through in the Christmas Market. It is unclear why these artists have failed to breakthrough at Christmas, but it has resulted in the same Christmas songs reaching the top ten every year. Certain generations have had their Christmas’ characterized by the same songs which have been around for decades. Slades “Merry Christmas Everyone” and The Pogues and Kirsty McCall with “Fairy-tale in New York” provide the opening song to the New Year and the office Christmas party karaoke classic respectively. Although they may be butchered by bad crooners on a Christmas and egg-nog high, they are pillars for the success of any festive party.

Another popular Christmas tradition is attending a Ballet, or musical production. A trip to the theatre to see and hear a ballet or orchestra is a common signal for the beginning of the season. More relaxed in nature than the karaoke classics mentioned, the very story and theme of festive Ballets is Christmas itself. “The Nutcracker” is an all-time favourite. For those who have never had the opportunity to experience the ballet live, performances are often aired on television, and there have been many remakes designed specifically for children. Moreover, many are unaware, but popular festive ballet compositions have whittled their way into carols and Christmas songs.

Regardless of the type of music playing the background of the festivities, all types of Christmas music inspire the same positive reactions in us: it is the ultimate “feel-good” music. So, what type of music defines your Christmas? Are you a traditionalist who enjoys the SATB choir during Christmas mass and the Advent period? Or is Christmas marked laughing at your boss’s poor attempts to master Mariah Carey?

For the Love of Music Music News

Flamenco: a Gateway to Learning about Andalucia, Spain