There are always great music concerts and festivals going on throughout the year in the UK.  While many of the tops festivals seem to be over (you can read about some of them here and here), there are still several shows coming up to get excited for. 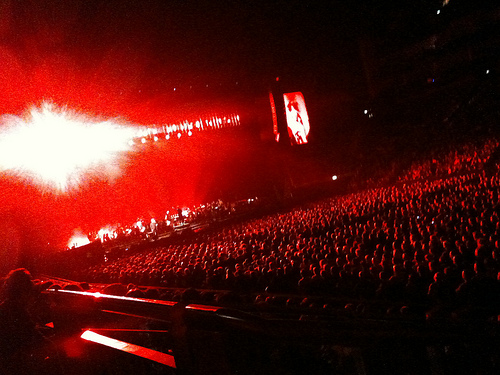 The third annual London Folkfest 2013 is going on now until Sunday the 21st of July at The Bedford.  More than 30 acts (like Ryan Keen, Matthew and the Atlas, Laurence Fox, and The Hummingbirds)  will take the stage and – best of all – Sunday admission is FREE and open to all.  Go now while the festival is still small but picking up speed and a wider fan base.

The Boss will be heading to Wales at the end of the month playing at the Millennium Stadium in Cardiff.  Rumor has it, he;s been playing up to 4-hour shows and is not to be missed.  Can’t make it to Cardiff?  Check out the tour’s schedule here for more dates.  You can also catch a show at Leeds or through several spots in Ireland.

South West Four performs at the Clapham Common on August 24 to 25, 2013. The event takes place on a Bank Holiday where you can enjoy 2 straight days of dance and music. August 24’s fun will be provided by Armin Van Buuren while August 25 music’s movietube apk line-up comes from Groove Armada and Example to name a few.  Attendees of this event will have to find secure their accommodations since there will be no campsite provided.

Vampire Weekend (+ Noah and the Whale)

Two indie favs, Vampire Weekend and Noah and the Whale will be playing at the O2 in London on November 13.  The show is part of Vampire Weekend’s tour based off of their latest best-selling third album, Modern Vampires of the City.   Tickets went on sale on Friday 12 July at 9am so be sure to grab your seats soon!

London Jazz Festival 2013 will happen from November 15 to 24, 2013. UK concerts like this event return to the capital where it will also be celebrating its 21st year. You will be entertained by different talents from all over the world. This is London’s biggest pan-city music celebration which annually takes place every November. Aside from being serenaded, there will also be film showings and talks on the different jazz styles and artists.

So, are you excited yet?  Ready to go?

Once you got your tickets in hand, it’s time to figure out necessary transportation and accommodation.  Luckily, we’ve helped you out a bit and all the about venues the venues are all accessible via train. Some UK concerts have venues that take you there by tube stations, DLR stations, tram stop and the railway station.

What are some of your favorite concerts or festivals in the UK? Let us know in the comments below!