A Rock Band Roadie! The term itself sounds pretty awesome. Being a roadie means you get to be with your favorite rock band all the time and travel the road with them. Roadies are responsible for setting the stage and lugging all those heavy metal rock equipment, roadies are the lucky guys with whom hot fan girls flirt to get free passes for the show and they are the one who pack off the entire stage after the performance is over. 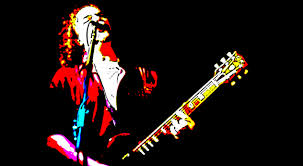 From sound to lighting to managing the stage and the crazy crowd, a roadie lends a hand in everything. But it is just one part of being a roadie. A life of a roadie is pretty cool actually, they love to travel and have no problem in staying away from their family and hometown. They are the people who have the courage of following their rock idols throughout every city of the country with utmost faith and are brave enough to restrain from get sucked into those mundane 9 to 5 jobs. Most of the time they don’t even remember the name of the city they are in but that doesn’t dampen their spirit to do their best in organizing the coolest show ever and enjoying their passion to the fullest. After reading this you might find the job of a roadie quite appealing actually.

Most of the roadies describe their life: fun filled and their experience: hectic. A roadie will always have a suitcase by his side and in most of the nights he will be sleeping at the back of a truck surrounded by band equipment. One of the benefits of being a roadie: well the chicks will never stop coming. You will be with a new one every day. As roadies travel all the time having a committed serious relationship is out of question. The only thing you will get are flings, hookups and good-byes, which is not a bad thing for a guy. In fact it is a life most guys would die for.

When you are on the road with a band you to get visit, experience and taste every stop that passes by. The music, the rocks stars, the bright lights, the crazy screaming crowd has some kind of hypnotic power which urges roadies to be a part of this life. That is how most of the roadies describe their true calling towards this profession. From city to city from one concert to another, the life of a roadie moves on with the band. The band becomes the roadie’s life and passion.

Being a roadie is also a hard place to be at times as you might not get to be with the band you admire and love. For example you maybe a great fan of the rolling stones but the only show available for you is Justin Bieber. At that point the right thing to do is to take the gig and move on with it by giving your best. You have to remember that life on road is difficult and at the end of the day you have to earn some money to survive in the world.

If you are more interested in knowing about the personal life and experiences of a roadie then the book “Roadie- A True Story (At least the parts that I remember) by Karl Kuenning is a great read. This book gives us a real life view of all aspects of being a roadie. It also tells us that the life of a roadie is not always as glamorous as it seems. It is also a good read for those who want to know the technical side of being in this profession. Kuenning has done a great job in describing the book as his own personal experience and it has proved to be an eye opener for many.

5 Must-See Concert Venues Around the World

Revealed: 5 Reasons Why I Love Australia