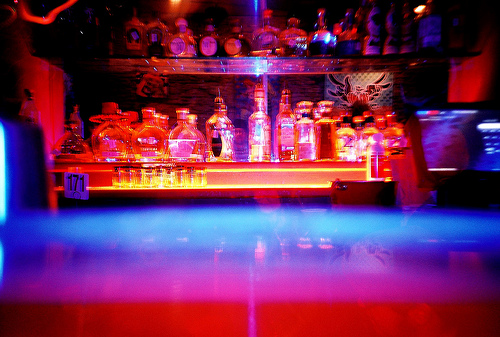 Berlin has been known as the techno mecca of the world. The German city is also thought to be the best clubbing city in Europe with its eclectic mix of music and its legacy of showcasing the hottest and newest talent, before they hit it big. Bowie and Iggy Pop had some of their most creative years when they lived in Berlin, it’s understandable as the city just screams music. There are hundreds of clubs in the tightly packed city, here is our list of the best clubs for music, atmosphere and uniqueness.

The massive mythical building is stuff of legend, a converted power station Berghain is a must visit on everybody’s trip to Berlin. The club carries the torch for Berlin’s reputation of being a techno paradise, the upstairs Panorama spins a mix of house music and old school techno whilst the vast main room is filled with minimal trap beats and dirty dub. The building itself is somewhat terrifying and the décor seems to have not been changed since the venue was a power station, incredibly popular so be prepared for no holds bar clubbing. Be prepared for the immense size of Berghain and bring water, a fully charged phone and maybe some Napiers British Bitters for the hangover the next day.

Whilst Weekend is popular amongst tourists that shouldn’t put you off. Weekend is located in the Haus des Reisens, a former Soviet tower block it now contains the infamous all-night club. Don’t let the name confuse you, Weekend is open Thursday – Sunday pumping out music from up and coming techno mixes and credible house acts until 11am. Try and power through until the sun comes up and experience Weekend bathed in the Berlin sunrise on the 15th floor roof terrace.

Whilst Club Der Visonaere has more of a chilled vibe then Berghain and Weekend, it doesn’t make it any less of a must-visit for people visiting Berlin. The club has one of the best views in Berlin, it’s located on a collection of canalside shacks near the Spree in Kreuzberg, clubbers can dip their feet in the water and enjoy the ambient music flowing out of the upstairs rooms. For a good experience don’t go on a Saturday as the club becomes very busy and the barge has a habit of dipping to one side.

Berlin isn’t just inhabited by techno fans, White Trash bar is a typical rock and roll bar which turns into a dance party at night in the basement bar. Imagine an American surf shack with rockabilly tendencies, where hipster 1950’s attire and tattoo sleeves are compulsory. The music switches from minimal techno to 1960’s pop classics every few minutes, be prepared to order a cocktail and get involved in swing dancing.

Located by the imposing government buildings that surround Reichstag, Picknick is Berlin’s best kept secret and it’s coolest club. An eclectic collection of music, the programme has featured Grandmaster Flash to DJ Hell, the building itself is located over two floors and is easy to get lost in its labyrinth style layout. Keep your phone charged as it is highly likely you’ll get lost, but don’t look like your lost, as Picknick is the epitome of hipster elite so dress to impress and expect to strut your stuff on the dance floor.

Europe For the Love of Music

The Best of Bulgaria