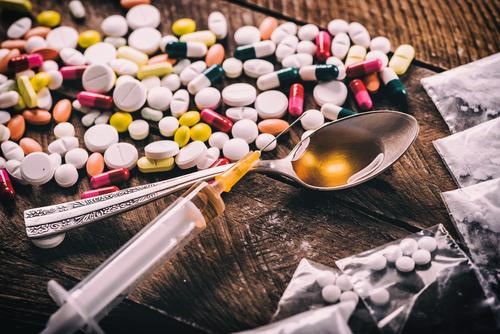 Australia is a country well-known for its dangerous wildlife, its beautiful natural scenery, and it’s impressively strong-tasting beer. While it has truly earned these various accolades, not all of them are as positive as the others. Drug use in Australia has been changing throughout the last few decades, and the trends that have been emerging and growing have been with different drugs than in previous years. To explore this use of drugs and how it has been changing and affecting arrest rates, we have put together a short article on the state of drug use in Australia.

The controlling of substances in Australia started in the late 1800’s with the writing of bills to restrict the use and availability of opium, though this was mainly due to a racist mindset against Chinese immigrants. The warning labels included with opium in these early days were strictly to prevent overdose and death, and had a limited effectiveness, due to the addictive nature of opium.

Once the restrictions were in place in the early 1900’s, it was assumed that would be the end of the country’s illicit substance abuse problems. Unfortunately, by the 1930s, Australia was consuming more heroin than any other country on earth. This disturbing trend of substance replacing substance as new drugs became available has continued to this day.

The modern day drug climate hasn’t progressed much since the 1990’s. Despite being nearly 30 years ago, the laws that governed illicit drug use back then are still the forefront of our drug restriction laws now. Although the other side of the conversation has taken to using technology to move illicit substances in a traceless manner, the police are woefully behind.

Through the use of the darknet and cryptocurrency, millions of dollars worth of hard drugs such as methamphetamines, heroin, and cocaine are able to be distributed throughout the major cities of Australia without any kind of buyer or seller information being risked. Third-party encrypted messaging apps have become the contact point for the end-users of these substances, and their orders, meeting places, spending amounts and usage habits aren’t stored on any company servers. This makes it near impossible for police to find the suppliers of these substances.

It’s obvious that these old laws are falling behind when it comes to controlling the spread of substances, and the kinds of labs being shut down in the modern age are largely addiction-based home labs, not production-based larger scale labs. One of the main strides forward made by the Australian government and citizens the offering of more effective and comprehensive drug counselling. However, whilst this has definitely had a sizeable impact on drug use, even that is a much needed band-aid for a much bigger, more complex problem.

Some believe this inequality of power between the police and the dealers has created a need for new laws to be brought in to combat these new communication methods, while others think that this has changed the conversation from one of arrests and legal battles to one of legalization and government control. This large shift in legal standpoint causes many problems, however, and the problems that arise with an overhaul like this are largely morality and fairness concerns.

Why should someone have a criminal record for selling marijuana twelve months ago if someone else can get an ABN and sell it legally now? What stops government agencies from cutting off supplies of harder drugs to everyone, including severely addicted citizens, as a way to control those on welfare? These questions are what keep the debate theoretical, and the future of Australia’s drug use problem remains a mystery.

Many countries from around the world have advanced drug restriction laws that help to counteract the progression of technology and its effects on the illicit drug trade. Hopefully Australia’s laws catch up to the rest of the world sooner rather than later.

Growing Success for Wonga with expansion across Europe.

Facts Of Interest When Trying To Obtain A Visa To USA