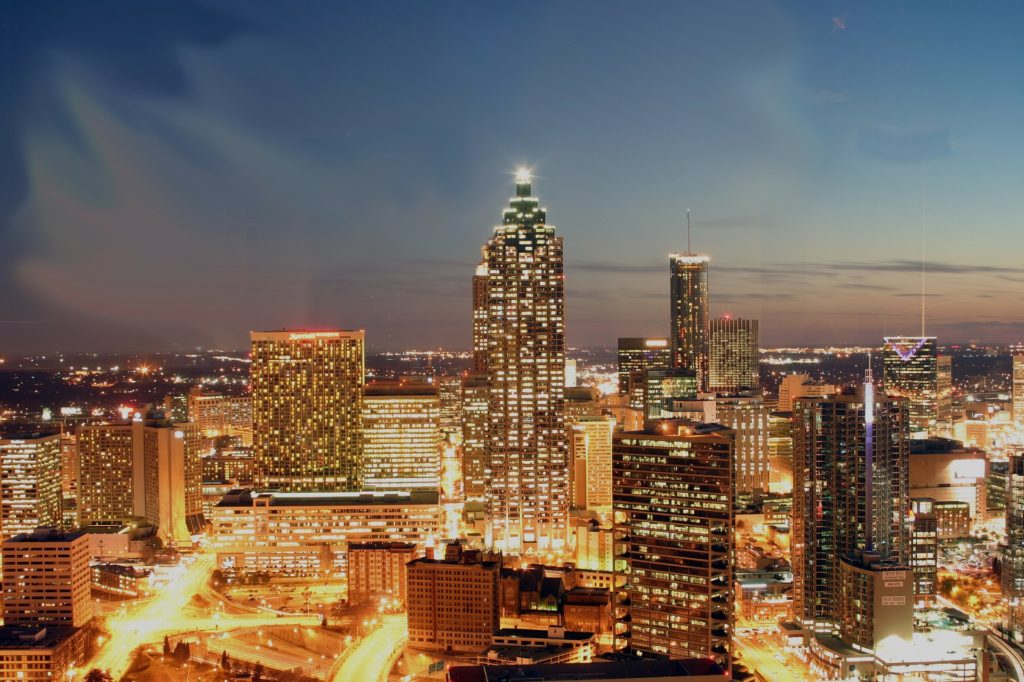 Moving to Atlanta? You’ve made the right decision for many reasons.

Atlanta is the capital of Georgia and has been exploding over the past two decades in its economy, development, and entertainment!

Founded in 1847, Atlanta has since become the face of the 1960’s Civil Rights movement as home to Dr. Martin Luther King and a mixed population of races living in harmony. The Historic MLK district with Dr. King’s birth home and King Center brings tourists and encouraged the trolley line development which connects this east Atlanta neighborhood with the west side of Atlanta.

On the west side of Atlanta is Olympic Park. Hosting the 1996 summer Olympics brought great growth and prosperity to the city. Olympic park houses many tourist adventures that residents also enjoy such as the Aquarium, World of Coke, CNN Center and the Civil Rights Museum.

If those attractions don’t interest you, there is also the High Museum of Art on Peachtree Road, the Atlanta History museum in Buckhead and the Holocaust museum in midtown. The High and History museums may look familiar as both have been featured in films like The Hunger Games and Black Panther.

Atlanta has become the “Hollywood of the South” with several movie studios relocating to the southeast. This has been one of the economic booms for the city and encourages other growth. The Kirkwood neighborhood is excited that Screen Gem Studios acquired a historic lot to create a mixed-use development with restaurants, shopping and of course, their filming studios.

Not interested in film or museums; well, Atlanta is a hot spot for the foodie. Ponce City Market and Krog Street markets opened and rival other large city food halls like Faneuil Hall in Boston and Latin city in Chicago. Additionally, many in town neighborhoods like Inman Park, Virginia Highlands, and Buckhead are restaurant and nightlife destinations with out of state chefs opening new enterprises like Beetlecat.

To make navigating Atlanta easier, there is now the Beltline. The old train tracks looping the City now connects in town parks and neighborhoods with a pedestrian and bike path. You can walk your dog and stop at a dog park or food-friendly bar with your beloved pet. Or, bike with your kids to the Atlanta Botanical gardens to see the Scarecrow exhibit or the Old Fourth Ward splash pad park; all without having to drive across town.

Getting to Atlanta is a breeze. Hartsfield Jackson Airport is one of the largest in the World with tremendous air traffic on its five runways. Finding a convenient flight into or out of the city is easy. The Atlanta weather also cooperates with easy travel as winter storms rarely occur but the temperature fluctuates enough to experience four seasons.

If air travel is not your favorite way to travel, there is also an Amtrak station, a Megabus depot and many freeway options for arriving into and out of Atlanta by vehicle or train. Atlanta’s locale also means you have a wealth of choices when it finally comes time to pack up and choose a moving company. Suddath Atlanta knows the area well and offers discounts when you bundle options.

Congratulations on your move to Atlanta! Follow these simple tips and I know you won’t regret it.

Getting Help With Getting Pregnant

The Benefits of Selling a Business with an M&A Company