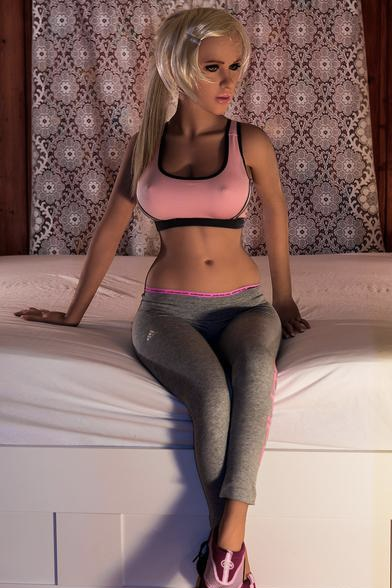 Alfred Adler, a renowned psychologist, once said that all problems are interpersonal relationship problems. Although interactions with other people are the primary source of our dissatisfaction with life, they also bring us the most joy.

Sometimes, though, we are faced with a dilemma, and no matter our decision, someone is bound to get hurt. The best option is to try to avoid such dilemmas in the first place. Staying afloat would be far easier if we weren’t subjected to strong currents – our emotions. Our emotions – desire, fear, resentment, often lead us to make bad choices, with dire consequences. One way to avoid regrets is to purchase sex dolls. In a minute, you’ll learn why sex with a sex doll might sometimes be a better option than a one night stand.

The question of staying faithful

If a husband’s job requires him to travel a lot, the seeds of doubt will appear in his wife’s head. Is he faithful? Unfortunately, we are governed by complex chemical substances, and excess or a deficit of some of them could result in reckless decisions. Especially if there is alcohol involved, and any long-term consequences seem to disappear conveniently. If there is no way to limit those periods of separation, purchasing a sex doll could make this situation easier to manage.

A husband, whose sexual urges would be satisfied would have no reason to engage in risky behavior, or even harmless flirting. It’s not so much about a conscious decision to cheat on your spouse, but rather decreased levels of testosterone that would influence his behavior. Although it may be surprising, a sex doll could help marriage remain intact.

Going home with someone you’ve just met might be a catastrophic decision. You are both drunk, and it’s dark. No one is focused on safety. If you’ve already made the decision, then your mind isn’t really focused on whether your partner has any STDs. It doesn’t have to be a consequence of her bad will; she might not know that she is infected. The chances are that after this brief encounter, you’ll lose touch with her, and never meet her again. With a stroke of bad luck, though, you might be left with an unwanted souvenir.

Unless you are really hell-bent on showing your friends that you have the best sex dolls, the chance that you’ll get STDs from having sex with one is zero. Sharing is caring, but there are things which are better left unshared.

Another issue with brief sexual encounters is that one side might not get the memo that this is one night stand and not the start of something beautiful. Sadly it happens, and there is no way to avoid it; we, humans, are pretty bad at communicating, especially when extremely horny. Well, there might be one solution: a shiny sex doll. It won’t cry in your bed or make broad generalizations about the nature of all men. No strings attached, except if you’ll be the one who’ll start to feel that mere sex is not enough. As weird as it may sound, there are people in love with sex dolls. The human spirit knows no limits. At least knowing it can make us feel better about our weird kinks and fetishes.

Undeniably some men enjoy the pursuit of the fairer sex more than the sex itself, but others just don’t have time or the energy. If you are tired after work, the last thing you want is to take part in a complex, and highly unpredictable game. If your levels of energy are somewhat low, and you think that some coffee or a sexual release would help, but you are out of coffee, a sex doll might come in handy. It is just easier. The cost of sex dolls isn’t low, but after you purchase one you won’t have to spend your money on wine, flowers, or overpriced restaurants. Instead, you’d be able to skip to the exciting part. No need to call Uber afterward either.

Another reason why sex dolls are a better option than having a one night stand is that no matter your endurance, or sexual prowess, you won’t be made feeling inadequate. Most of us know that it is a sensitive topic, which means that any derogatory comments are kept to a minimum. Still, questions like “is it in?” are a sure way to make a man feel like a failure. If for the past 2 months you’ve had to work extra hard to keep up with the workload, and your diet consisted mostly of hamburgers and cheeseburgers, you might feel that going to a bar might only get you ridiculed. Most probably it’s not true, but your lack of courage might have adverse effects. If you feel that you are not ready, you can be certain that your sex doll won’t mind, no matter how big your gut is. Just don’t smash her to pieces!

In recent times the attitude toward sex dolls has been changing. Not that long ago, if someone were to find out that you own one, you would be called a pervert and a deviant. With time, people started to perceive sex dolls as something more than just a way for losers to satisfy their sexual urges. Arguably, it is one of their functions, but there’s more. Sex dolls can help us avoid issues, both emotional and health-related. Although not many people for whom their family is of utmost importance would agree, they can also be used as a way to minimize the possibility of cheating.

The Girl’s Guide: What To Know Before Having Sex For The First Time