Costa Rica is renowned as one of the most beautiful countries in the world – a mix of lush rainforests, towering volcanoes and idyllic tropical beaches. It is also one of the most biodiverse, with the tremendous number of species belying the country’s relatively small size. 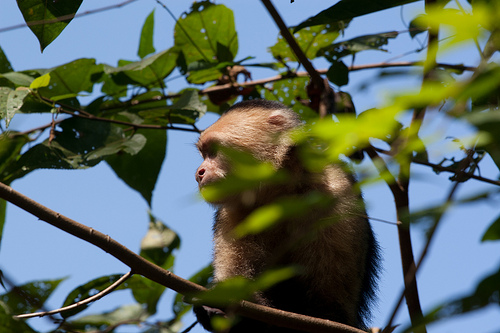 Thankfully, unlike many other countries with similar assets, Costa Rica takes the preservation of its natural resources very seriously, with the country largely bereft of large resort developments and highways.

Much of this is thanks to an extensive national parks programme, with some 25% of Costa Rica’s landmass protected. In total, there are 26 national parks that you can explore on tours of Costa Rica – too many to cover here. But for a taster of what to expect, here’s a guide to some of the most popular.

Arguably one of Costa Rica’s most interesting national parks to visit, the centrepiece of Arenal is the towering Volcan Arenal – a 1,600m-high, perfectly shaped cinder cone.

Surrounded by lush forest, the park is a haven for birds and other wildlife, with toucans and hummingbirds readily spotted. But it’s not just the flora and fauna that draws in visitors.

Arenal is also something of an adventure sports destination, with tourists able to engage in a number of thrilling activities, including horse riding, hiking, zip lining, canyoning, white water rafting and windsurfing on Lake Arenal.

Not only that, but the area also has a reputation as a place to unwind thanks to its numerous hot springs spa resorts where you can bathe in thermal pools and enjoy therapeutic massages.

The only thing Arenal lacks is beaches – something Manuel Antonio has in abundance. A beautiful destination where the verdant jungle meets the Pacific Ocean with golden strips of palm-fringed sand in between, visiting the park is a trip to paradise.

Spend your days strolling along the sand, surfing the world-class breaks and chilling out in the beachfront bars, or head inland for some exotic wildlife encounters.

Although it’s the smallest park in Costa Rica, Manuel Antonio is home to an incredible number of species, including monkeys, sloths and toucans. It is also one of the most visited, so don’t expect to have the beach all to yourself.

Over on Costa Rica’s other coast, the Caribbean, you’ll find the Tortuguero National Park. One of the more remote tourist destinations in Costa Rica, this region of swamps, forests and lagoons is only reachable by plane or boat.

However, that doesn’t put people off – thousands of keen wildlife spotters flock to Tortuguero every year to spot the birds, monkeys and reptiles that call this place home.

The best way to explore the park is to cruise along the canals by boat, silently observing the wildlife on the river bank, in the water and up in the sky above.

Although technically a reserve rather than a national park, Monteverde is more than worthy of a mention here.

This lush mountainous region is covered in mist for much of the year (hence the name ‘Cloud Forest’) and is one of the most biodiverse areas anywhere, with an incredible 400 resident bird species.

But there’s one in particular that everyone comes to see: the resplendent quetzal. Arguably the world’s most beautiful bird, its iridescent green colour, enormous tail feathers and stylish mohawk hairstyle mesmerise all who lay eyes on it.