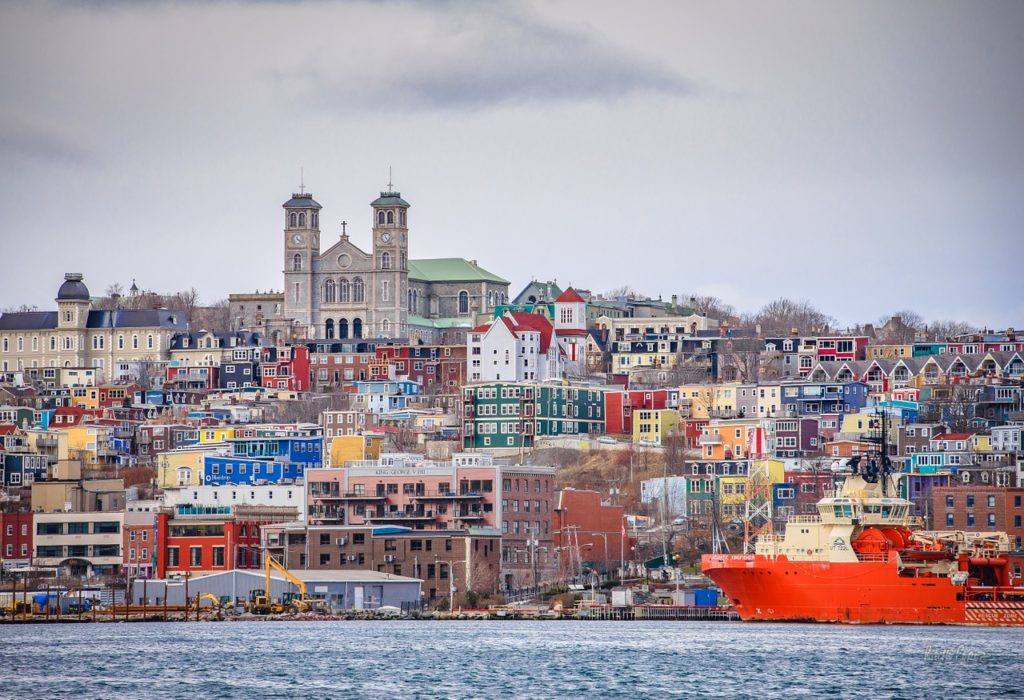 Want to visit a part of Canada on summer vacation that is truly original? Then make plans to see Newfoundland.

A British colony until they voted to join Canada in 1949, its relative isolation fostered the development of a culture that is every bit as distinct as the one found in Quebec.

Below, we’ll profile several of our favorite attractions in this special corner of the world.

Start your time in Newfoundland by touring its capital, St. John’s. Founded as a fishing village in 1497 and incorporated as a city in 1583, it is one of the oldest European settlements in the Americas.

Head up to Signal Hill to get a great view of the harbor and the city, and to stand on the ground where the first transatlantic wireless transmission was received by Marconi in 1901.

Walk amidst the multi-colored houses of Jellybean Row, and when the sun goes down, head out to George Street, where you will find more pubs per person than any other street in North America.

As atmospheric as St. John’s can be, sometimes the fog rolls in and it gets real cold, real fast. When this happens, curl up in your hotel room and spend time on the net unlocking the casino bonus you have been working on while you wait for the weather to break.

As the part of North America closest to the ocean glaciers of Greenland, the eastern coast of Newfoundland is one of the best locations in the world to spot icebergs.

These beautiful behemoths begin calving into the North Atlantic starting in April, but these towers of marine ice can be witnessed into the early summer months.

Check out a real-time map of where they are currently visible, and lump them into any plans you have to visit one of many fishing villages along Newfoundland’s eastern coastline.

After you have gotten your fill of bergs, head over to Western Newfoundland, where you’ll find the spectacular mountains of Gros Morne National Park.

Attractions within park boundaries include Gros Morne Mountain, a boat tour that will take you into the heart of Western Brook Pond (an inland fjord), and the Tablelands.

The latter attraction is an unearthed portion of the Earth’s mantle, making the surrounding area look more like Nevada rather than Newfoundland, so don’t miss it!

Once you have gotten your share of hikes during your time at Gros Morne, jump back in the rental car and head north to L’Anse Aux Meadows.

Situated in subarctic scrubland at the northern tip of the island of Newfoundland, it was here where archeologists dug up structures from a Norse settlement that was established here a full 500 years before Christopher Colombus ‘discovered’ the Americas.

Wander amidst nine buildings made from sod, which include quarters, a blacksmith shop, a carpentry shop, and a boat repair facility, all of which will make you ponder life in this lonely land a millennia ago.

Is the iPad the king of tablets?