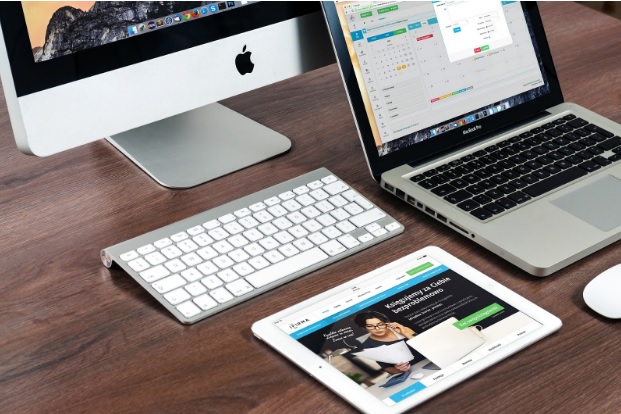 Shopping for a tablet is hard work. When they entered the market, they were a novelty that did a few more things than your smartphone, but less than your computer. Nowadays though, there are so many things you can use a tablet for, many people have let them take over the use of their desktop or laptop. A lot of people have a personal preference between iOS and Android, but it would still seem that iOS comes up winning every time. So many people love their iPhone’s that a natural extension of that is to get an iPad when they go shopping for a tablet. Once a product that was favoured because of its dual functionality as a music player, the iPhone has evolved into more Apple products like the iPad, and the iPad is still the world’s leading choice of tablet. So what benefits of an iPad make it the first choice time and time again?

Benefits of an iPad – you can use it anywhere

One of the benefits of the iPad, that makes it so attractive in the tablet market, is that not only can you use it with WiFi, but you can also use it with a sim on 3g or 4g. Many tablets in the market now rely on WiFi, rendering them completely useless for surfing the web if you are stuck in a remote area that you cannot get WiFi in. The iPad uses the same technology as its little Sister, the iPhone, and you can use it anywhere.

Benefits of an iPad – the apps

The Apple app store was the first online store of its kind, and Apple were the first to develop app technology. Because of this, they have the most varied selection of apps in the tablet market. While Google play store struggles to catch up, nearly every single company that has an app has it on the app store. If you also have an iPhone, you can share your apps between the tablet and the iPhone on one iTunes account, meaning that if you treat yourself to a brand new iPad, you do not have to pay to download all of your favourite apps again, and you can just migrate them over.

Benefits of an iPad – usability

Many people still favour iOS over Android because of the ease of use of the software. Using an iPad is so simple, that they have rolled it out in very unexpected settings like schools and rehabilitation hospitals. The great thing about the iPad is the functionality of its keyboard, which is obviously a lot larger than the one on your iPhone. This means that you can actually complete work on your iPad that you would of maybe had to do before on your desktop or laptop.

Benefits of an iPad – portability

Another benefit of the iPad is how portable it is. Some tablet manufacturers have got the sizing grossly wrong, in that either the tablet is far to big to carry or far to small to use. Apple seem to have struck the perfect balance here, and an iPad is easy to take around with you.

Benefits of an iPad – the camera

It probably isn’t the first thing that you would think of if you were buying a tablet, but it is also handy to know that you can take good pictures. The iPad pro boasts a 12mp camera on the back, and a 5mp on the front, so whether you use it to actually take pictures or just to Facetime family and friends, there still is a clear picture.

Benefits of an iPad – the battery life

A lot of people complained about battery life when the iPad and iPhone first came out, and Apple listened. It may have taken a while for them to get there, but the newer versions of the iPad can give you up to ten hours battery life on full charge. That is a lot more than other tablets in the market, and you can also charge while you are still using the tablet. You will find with some cheaper models of tablet, if the battery runs right down you cannot even use it while charging.

Cool things to see in Newfoundland this summer