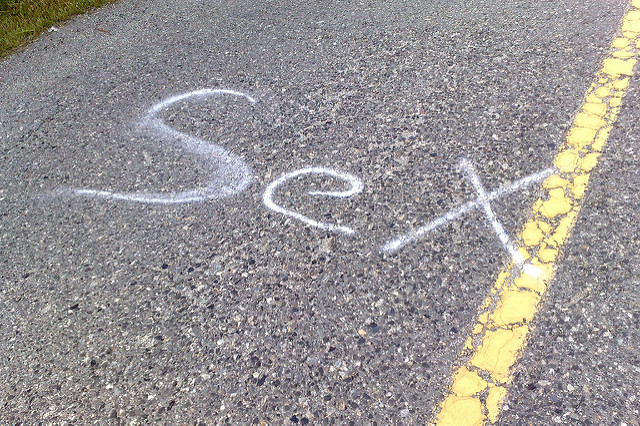 It’s simply a healthy expression of sexuality. And, when done right, one-night stands can be a really useful way to explore your sexual proclivities and fantasies in a safe space. And it’s not just real world hookups that are common but online encounters too. Using sites like HotDates18 to look for open and like-minded potential partners is just one more way to explore your boundaries.

Think about it: if your fantasies turn you on but you’re too afraid to try it with a partner when in an on-going relationship, with a one-night stand, you are charged to set yourself free. You can be someone else and that someone can explore their desires to their fullest extent.

The first mistake is maybe the biggest and most commonly committed: after a great night of sex, it can be easy to not only want to replicate but also think that great sex equals the potential for an equally strong relationship.

The brain is hardwired for continued intimacy, especially after an orgasm. Your primordial brain doesn’t know you just want to rough and tumble.

So do it (and yourself) a favor: be clear on exactly what you’re looking for and why you want to engage in a one-night stand. Don’t expect a great night to morph into a long term commitment.

Don’t Put A Ring On It

Committed ladies and married men, this one is for you: engaging in a one-night stand without the explicit go-ahead of your significant other is not a one-night stand at all. It’s called cheating.   Similarly, if he (or she) has a ring on it, you’ll want to either approach with caution or keep a safe distance all night. Unless you get to talking and they happen to mention they’re in an open marriage, always turn the other way.

Some individuals who do prefer one-night stands will not engage with anyone committed in any kind of exclusive, as a rule of thumb. They don’t like the drama — or the karma. And, hey, we can’t argue with that one.

No matter what, you want to keep it classy and afford each other respect at all times. It’s one way you can leave the moment without an uneasy feeling in your stomach. Keep all mutually-agreed upon boundaries intact and don’t cross them without an explicit confirmation.

Many people think that “I’ll never see you again” is Latin for “I can be a jerk to you during our casual encounter sex capades”. This is not cool. Women (and men) deserve respect and shouldn’t be taken for granted. At the end of the day, he’s someone’s brother, and she’s someone’s friend. So, remember this handy 7-letter word at all times.

Keep It Under Wraps

While it shouldn’t be considered “deviant” behavior, one-night stands can be a nexus for risky behavior. You want to make sure you’re using protection at all times.

During one-night stands, neither of you really have the time to be delving into each other’s sexual history (let’s be honest, nothing kills the mood like a good sharing about genital herpes, right?).

So do both of you a favor and make sure you’re using more than one form of protection. And that means a good ol’ raincoat is in effect! STIs are way less sexy than a reliable rubber, every time.

Oh, and, here’s a pro-tip: if she’s too drunk to consent or you’re too drunk to remember, skip the romp and sleep it off instead.

You will both want to communicate beforehand what this night together means to the both of you and what you’re looking to satisfy. Many casual encounters can be spaces to fulfill fantasies, or explore another side to your personality.

As such, couples engaging in these one-night sex-capades, so to speak, need to be communicating about what kind of experience they’re looking for and maybe even why they’re engaging in one-night stands.

And, no matter what the terms and conditions are, if it looks likely to be trampled upon, stop the act right then and there and vocalize it. If it’s the morning after and the other person is suddenly looking for more, be gentle but firm when you remind them of your mutual agreement.

It may not be perfect but it will at least leave your dignity intact — and theirs.

And last, but certainly not least: how you close the deal is just as important as the due diligence. In one-night stand bedroom speak, this means: offer her a ride home, thank him for a lovely time, ask if she lives far away and needs cab fare and mention that you’re glad you two hooked up.

Don’t be rude and don’t kick her out. If you have a pressing engagement to attend, make sure you outline this the night before. The departure doesn’t have to be uncomfortable — don’t believe everything you see on TV. Entertainment-value aside, real-life can be a lot less like a sitcom and way more dignified — even if you are engaging in one-night stands.

Mobile apps that can improve your sports watching experience