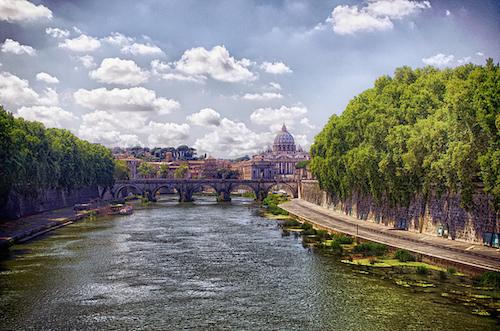 Nested on the central western part of the Italian Peninsula, Rome not only boasts of some of the most compact city centers in the entire Europe but is also a place where ancient beauty meets with modernity. There are plenty of things to do in Rome, thanks to the city’s distinct and colorful neighborhoods.

Should you make Rome your next holiday destination, pay a visit to these neighborhoods outlined below and discover some of Italy’s best kept secrets.

Hailed as one of the most charming neighborhoods in Rome, Trastevere is located south of the Vatican City, on the West bank of Tiber. While some quarters are of the opinion that the neighborhood is losing its Italian touch due to the influx of American students, Trastevere remains of the most beautiful areas in the Eternal City. The neighborhood is filled with tour buses, offbeat shops, dance clubs and trattorie with menus printed in English just to name but a few. You can also take pleasure in the sights of ancient churches such as Santa Cecillia and Santa Maria. With so much to offer, it’s not hard to see why everyone falls in love with this beautiful area “just across the Tiber”.

Technically, Vatican City is a sovereign state but in practice it is part and parcel of Rome. The City’s museums, the St Peters Basilica and the beautiful Vatican Gardens occupy most of the 44 Hectares of land where Popes have resided for the last 600 years. Other places to visit in Vatican City include the Underground Vatican where the tomb of St Peter lies and the magnificent St Peter’s dome. With so much to see in this historic neighbourhood, it’s worth taking a guided tour to avoid queuing for ages and to ensure you don’t miss out on any of the Vatican’s attractions. There’s plenty online, so you can be sure of finding one that suits you. Take a look here for a sample selection.

Prati is relatively calmer compared to most of Rome’s neighborhoods. This is the place to visit if you want to enjoy Rome’s sights without being held up in the middle of the hustle and bustle of the city. This middle class neighborhood has the St Peter’s Basilica and the Vatican Museums virtually at its doorstep. It’s also one of the safest neighborhoods to be in Rome due to its close proximity to the Pope’s residence. The area has great Roman restaurants, grand bars and pubs where visitors can listen to live music or attend karaoke nights,

If you want to be in the heart of it all, then Centro Storico is the place to be. Just like the name suggests, Centro Storico is the historic center of Rome where most of Eternal City’s main attractions are found. The beauty of it is that you can cover most of this area on foot. Take a postcard snap in front of the great Pantheon and enjoy a cup of coffee at Piazza Navona. In short, Centro Storico has lots and lots of surprises waiting to be discovered.

Testaccio may not have the ancient attractions that Rome is famed for but this neighborhood comprised mainly of the working class is full of local flair. This is the place to visit if you want to party all night long. Testaccio is the hub of Rome’s nightlife. Besides its vibrant nightlife, the area has fantastic restaurants and an open air food market as well.

You will never run out of things to do in Rome, not with what its neighborhoods have to offer. There is plenty of accommodation with special packages to fit your budgetary allocations as well. Remember to bring you camera along with you, some of the memories are best kept on tape.