We often try to take precautions against accidents, such as applying for an insurance policy. Then again, insurance policies can sometimes have your claim denied. They can argue that incorrect information has contributed to your rejection, while other times, their argument will be that there was an apparent lack of due care. If you feel that the company was unfair with their decision, you may challenge the verdict. Here are measures on how you can do so:

The first thing you need to do is check the documents of your policy. This is where the problem would have likely originated from, so you need to be thorough. Start by checking that you gave in all the correct details. Though, as you carefully scan for any errors, make a note of every single time it mentions you are covered. You might need these notes later. Make sure that the wording being used is explicit as well, as the company must give you ‘clear’ information. 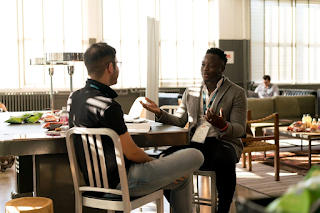 As for answering their questions, if you had supplied them with all that they asked for, having done so to the best of your knowledge, then it is by a newly enacted rule that they cannot have your claim denied. If that were the case, you should make a note of that as well.

After having scanned the documents for any errors, gather all the other related documents as well. This will include any letters exchanged. The notes you make could find use in your appeal, so make sure you have them prepared and organized.

Get In Touch With the Company

Now that you have gone through the documents, you should look to get in touch with your insurers. Either email them, send them a letter or give them a phone call. Whichever method you choose, send it to the contact given in the complaint procedure. If you choose to write to them, you will need to make sure that the letter is a formal complaint. If you are unsure how to write one, here is how:

Contrary to your argument, the insurance will likely argue that the damage was not accidental and as such, they are no longer under contractual obligation. Get a third-party’s assessment of the situation, and then have it sent as evidence. The assessor will be known as a loss assessor. They are independent and they will charge you for the report. This is important to do, even if you do not think it will have their minds swayed.

Just as you would have stated, you will take your complaint to the Financial Ombudsman Service. However, this can only be done after you have received the ‘final response’ from the company. If you have not, but 8 weeks have passed, you still retain the right to go to the Financial Ombudsman Service. The services of this independent institution will be rendered for free. They will investigate the complaint, but they will consider both arguments. Still, they are known to be fair. They have the authority to make the insurance company issue a formal apology, explain their actions, and pay compensation. Though, this is on the condition that you were wrongfully rejected.

In order to file your complaint with the Financial Ombudsman Service, you will need to download the complaint form from their website. Include the ‘final response’ letter from the insurance company in your submission. 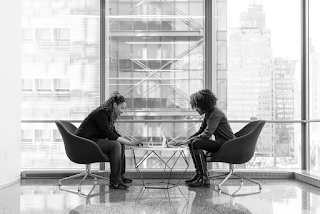 Your case will be passed onto an adjudicator. If the outcome displeases you or the insurance, it will go up to an Ombudsman. There is no appeal to the Ombudsman decision as it is final. However, you can still have your case referred to the court.

If you still believe that you have been wrongfully denied your claim, you can take legal action and sue the insurance company. This will be on the grounds that they have violated the terms of your policy. It is best that you hire a lawyer to help get you around the difficulties. Justin Kimball of Preszler Law (https://www.preszlerlaw-ns.com/) explains that you can appeal to almost any kind of denial or termination letter, but some processes will take longer than others, so it’s best not to delay. Legal advisors often press on the importance of taking a legal expert to  take care of all the handlings of an insurance company, seeing as any information can be used against you. They will offer assistance throughout the duration of your claims against the insurance company and at-fault parties.

When you hire a lawyer you will give them a history of your dispute, and present them with all the evidence that has been gathered. This will include the notes you have made during the earlier steps.

Most lawyers will offer free consultation, which is where you can start. You must make sure that only your lawyers are speaking to the opposition. Lawyers will usually charge no fees unless they win, then have their fees deducted from the winnings. Suing your insurance comes with some conditions. They include:

Any of these violations, along with many others, will be sufficient enough to sue the insurance company. You can sue them for the breach of contract and bad faith. The type of award you can receive is either compensatory damages or punitive damages.

By following through with these steps, your chances of receiving a favorable outcome will become highly probable. You can skip having to deal with the Financial Ombudsman Service and jump straight to hiring a lawyer, though the Ombudsman Service is known to exercise fairness on either side. However, your initial letters may deter the insurance company from persisting in having your claim denied, so be patient.

What experts advice about Business Loan?

What Is Trade Credit Insurance?