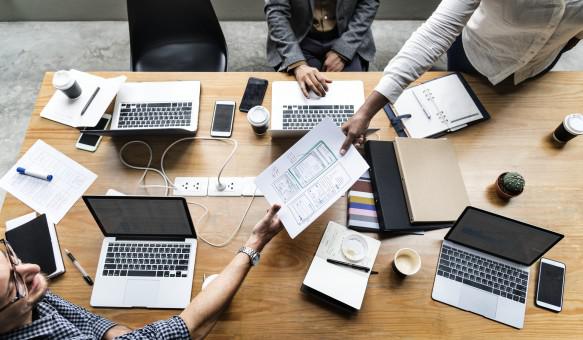 Rapid Application Development (RAD) is a software development approach which differs from the traditional waterfall method as it focuses on rapid prototyping and faster development.

Built out of the shortcomings of the old software development, RAD employs an agile software development approach. Instead of taking the sequential approach of idea, planning, all through to testing and implementation, RAD is a sharp contrast. It emphasizes an iterative process of developing prototypes for the various features of software.

These features are prototyped and subjected to a series of debugging exercises. After this users are allowed to test their usability and User Interface (UI) to determine suitability. This valuable feedback obtained from end users is looked into and recommendations incorporated.

Now, the process of Rapid Application Development happens to be a faster and more efficient than the ordinary Software Development Life Cycle (SDLC). It also has an advanced testing and feedback implementation strategy that ensures inefficiencies are detected and fixed sooner rather than later. And this is practically what makes it a viable alternative to the waterfall software development method.

When is Rapid Application Development Used?

To paint a clear picture of when to use RAD and when not to use it, let us see the advantages and disadvantages of Rapid Application Development. This is a surefire way to help us determine when to use/not use RAD.

Rapid Application development often results in better applications compared to those designed by the waterfall methodology. This is because of the elaborate process of iterative prototyping and user involvement throughout the software development.

Additionally, apps developed by RAD are usually less prone to risks. The testing and user involvement during the critical stages of development allows developers to better manage security risks.

With RAD, you stand to experience faster application development. Similarly, it becomes even easier to determine and evaluate project viability before it is too late in the day. Thanks to the user engagement throughout the development process.

While there’s not a single software development method without a fault, these are some of the downsides of RAD. The advantages, however, outweigh these disadvantages.

RAD requires frequent User Interfacing. This may not sit well with designers that may want to get done with the project and move on to the next. Similarly, getting the right users with some design and User Experience (UX) knowledge is quite daunting.

RAD requires modular systems which can allow the various iterable and testable components of the software to be used by multiple developers. This could greatly affect your business as it is quite costly.

If you have a large-scale project which can be split into different modules, then RAD is the way to go. You will also have to invest in a specially-skilled team of developers to pull this project off as it requires slightly more budget and a higher user engagement.

Restrictions You Need to Know when Leasing a Car

What to do on Your Next Luxury Hong Kong Holiday