The manufacturing industry has been faster than most to embrace new technologies that can help to make better quality products more efficiently, and at a lower cost, than with traditional methods. Such are the productivity gains that many manufacturers can afford to plow their new profits straight back into researching newer, more futuristic manufacturing methods. 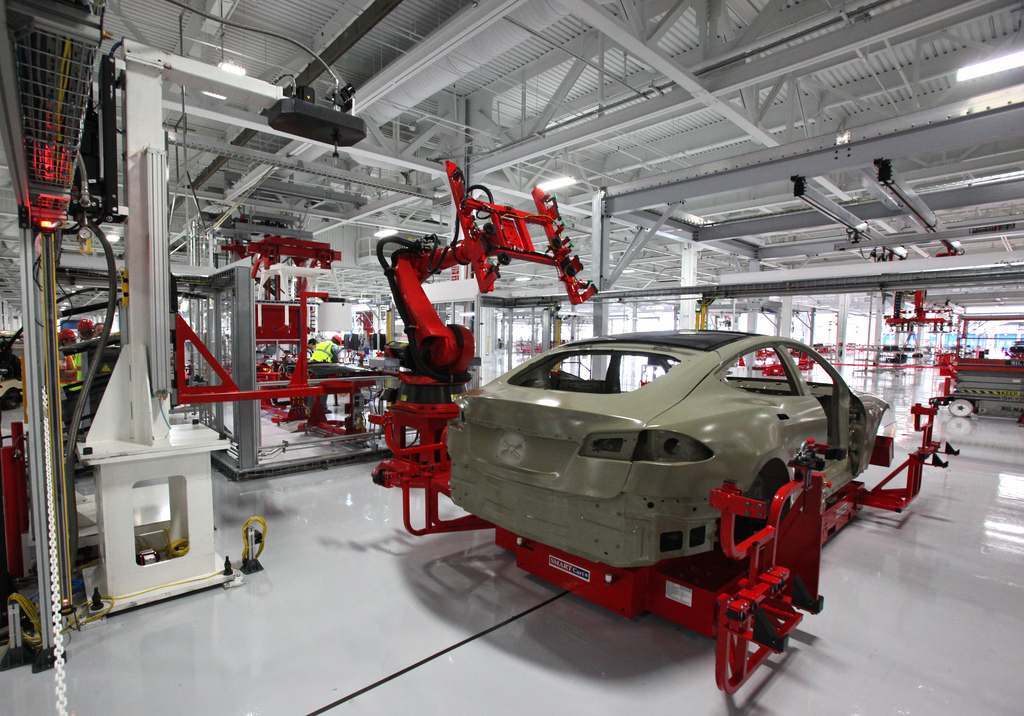 The end result is that futuristic factories are one of the main reasons why “manufacturing has been growing on average almost twice the rate of the overall economy” since the end of the economic crisis in the 2000s, said Thomas Duesterberg, executive director of the Aspen Institute’s Manufacturing and Society in the 21st Century program.

Here’s a quick look at some of the most futuristic factories in the world today:

Tesla bought the facility in 2010, and carried out extensive renovations before the first Tesla Model S car rolled off the assembly line in mid-2012. Some of these renovations included installing high-efficiency overhead lights to brighten up what used to be a dark and depressing place. Now, the walls and floors are painted pristine white to brighten up the factory floor.

The majority of the assembly work is performed by state-of-the-art robots and machines that lift, turn, weld and assemble the aluminum vehicle cell and body. Production techniques have been refined to such an extent that Tesla now builds more than 100,000 vehicles per year.

Volkswagen’s Transparent Factory is designed to look every bit as good as the automobiles the company makes. The futuristic-looking building has an exterior facade made almost completely out of glass, which allows passersby to see every aspect of the manufacturing process, while the workers can also enjoy views of the outside.

The transparent design is also a reflection of Volkswagen’s desire to be seen as a company that’s transparent in its production processes, with a willingness to be open.

Just like the Tesla factory, Volkswagen’s main manufacturing plant uses state-of-the-art robotics to build and assemble its vehicles, which means the number of human employees can be kept to a minimum. The site has become so popular that it now accepts tourist visitors, with slots available for 250 visitors a day.

Few people can imagine an electronics factory as something that’s beautiful. But one quick glance at the Amberg Siemens plant is guaranteed to change your mind forever.

The Siemens plant is the proud winner of the “Best Factory in Europe” award for 2007, given out by the INSEAD business school based in France.

The machines at Siemens are so efficient at manufacturing that it’s almost impossible for the human eye to follow their extremely rapid movements as they stamp and weld chips, capacitors, resistors and transistors onto the tiny circuit boards that whizz by on automated conveyor belts.

This post was brought to us by ITO, a leading provider of manufacture sorting systems, robotics, and material handling

How to get a customized machine developed for an assembly line

The Future of Manufacturing