The manufacturing industry has experienced some disruptive changes over the last few decades, with western nations moving to service-based economies and the world’s factories shifting to countries like China and India. But recently, technological innovation has led to the creation of new trends that have already begun to transform the industry. 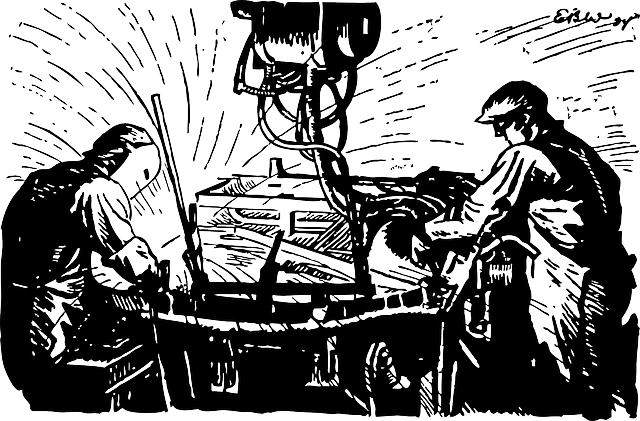 Forget about derelict old factories belching out smoke and their rusty old machines. The factory of today is embracing cutting-edge technologies like cloud computing, 3D printing, robotics and nanotechnology that will revolutionize the process of manufacturing products. Likewise, manufacturers are looking more and more to hire skilled workers, as opposed to the cheap labor of the past. In the next couple of decades, most factories will be less worried out buying more machines as they are about fitting their existing ones with hi-tech sensors and routers.

The next evolution in manufacturing

A recent report from McKinsey’s reveals that the future of manufacturing in leading developed nations like Germany, Japan and the United States will be based on a combination of sensor-equipped machines, an increased reliance on data science and analytics, augmented reality technology like Google Glass, and innovations like 3D printing. McKinsey reckons that these technologies will mean factories will be able to maintain their machinery for up to 100 percent longer than their current lifetimes, as large industries strive towards a technology-led industrial revolution it’s termed “Industry 4.0”.

For those who don’t know, Industry 4.0 is a buzzword for the trend towards integrating technology like sensors into factories and assembly lines. It follows Industry 1.0, which was the adoption of steam power, Industry 2.0, the rise of electricity, and Industry 3.0, the coming of automated manufacturing.

The best example of Industry 4.0 can be seen in today’s most advanced automobile assembly plants like the one operated by Tesla Motors. There, smart robots do almost all the work, transforming sheet metal into Tesla’s electric-powered vehicles. Whereas traditional factory robots can pick up a metal sheet and weld it according to their pre-programmed instructions, future robots will be able to do much more, scanning each sheet of metal for defects, rejecting the ones that don’t pass muster, and therefore saving their company’s money.

Another key aspect of Industry 4.0 will be 3D Printing, which is set to have a dramatic effect on how manufacturers bring their products to market. 3D printing can be used in applications ranging from constructing buildings to mass-customization of consumer products. And much like robotics, 3D printing technology will create massive new demand for skilled workers and technicians who’re capable of keeping the machinery running.

The other key aspect of manufacturing in the future will be cloud computing technologies and “Big Data”. Thanks to the use of sensors and advances distributed data systems that can be accessed from anywhere in the world, manufacturing processes will become faster, more efficient and more customer friendly than they’ve even been. With the implementation of these technologies, manufacturers will be able to access their data in real-time, allowing them to respond much more quickly to customer issues, ensure factory floor machines never experience downtime, and reap the benefits that come with the ability of being able to access data about their entire production operations.

This post was brought to us by Pall-Pack, a premier packaging company, producing both semi-automatic and automatic machines. Head to their website for more info!

The Most Futuristic Factories Around The World