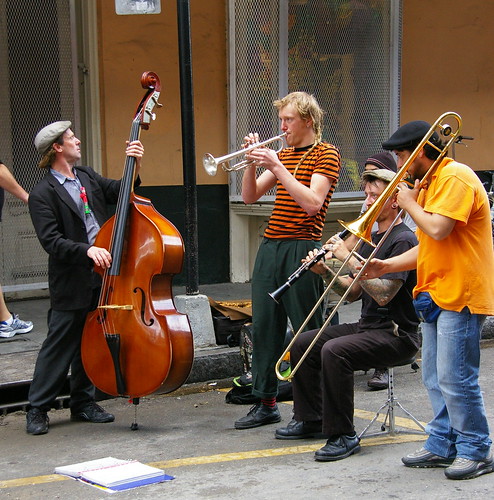 One of the blues music’s sub-genres, which are also a variation of Louisiana blues, is New Orleans blues that became popular in 1950s. The city of New Orleans itself has rich roots in blues music. It is mostly influenced by Caribbean music, Dixieland music and jazz, where saxophone and piano are dominant musical instruments, but guitar is no less important. A feature of this music is the complex rhythms and the relaxing tempo. Vocals that are included may range from full-throated shouting in gospel style to silent crooning, which makes this music very unique and well-liked. Some of the most famous regional mainstream hits and R&B charts are produced by Guitar Slim and Professor Longhair.

New Orleans has more than 80 clubs where you can enjoy a variety of the local music performed by famous bands and singers. Along with blues and jazz, visitors may enjoy R&B, funk, rock, roots and much more on the blues scene in New Orleans. This city is the ideal place for music fans who would like to have a music vacation.

Being the jazz music birthplace, New Orleans is more popular as a blues center, which performs a distinctive blues music form that became popular among many notable musicians, who produced their recordings.
Guitar Slim was the most popular blues guitarist that emerged from this city in the period after the World War II with his amazing hit “The Things That I Used to Do”. He combined blues, R&B and gospel and played a huge role in the later development of soul music. This music became a precondition for rock music development with its electric guitar solo and overtones. But Guitar Slim is not the only important bluesman from this city. Two others that are also considered to be the founders of this gender are Guitar Slim with his electric-based R&B and acoustic folk, as well as Earl King with his blues hits “Come On” and “Big Chief”.

What You Need to Know About the Rainforest Music Festival

Are you Struggling With Diabetes – Different Types of Diabetes