So to be technical, there is a margin of error in anything. But in aviation, very little errors can ultimately end up being fatal. There’s a reason a pre-flight check-list is taught to flight students, and why pilots are always maintaining consistent contact with towers on the ground. It’s impossible to prevent all accidents, but the FAA takes care to prevent as many as they can.

The result is that modern aviation has a great deal of infrastructural protocols designed to keep the skies safe. The thing is, following those to the letter is only half the battle. Additionally, you have to become a kind of amateur mechanic to ensure your plane’s most trustworthy operation. You can get longer life out of components this way.

Granted, it’s often better to switch components out as their recommended lifespans come to an end; but this isn’t always the case. Sometimes refurbishing and reconfiguring components can unintentionally knock something out of whack that leads to a negative domino-effect. 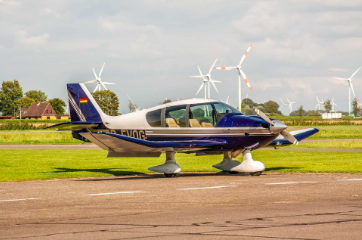 Consider the engine, as a prime example. It’s got to have top-tier engine mounts to hold it in place as securely as possible. If it vibrates too much, it can damage necessary instrumentation or other functional components in proximity. This can ultimately result in an unintended crash.

Another area where you have to be diligent is in your aircraft’s pistons. While a six-cylinder engine may have 2,000 to 4,000 hours per cylinder of life, it turns out that whether or not your mixture is lean can determine how long cylinders remain viable. But additionally, how the engine functions on a lean mixture could have adverse effects on other operational components.

You’ve got to know your aircraft inside and out to know where the give and take is when it comes to operational idiosyncrasies. One thing you can do is purchase parts designed for maximum lifespan, dependability, durability, and safety.

Superior aircraft cylinders are described by AeroInStock.com as: “…the most popular FAA-approved PMA aftermarket cylinders in all of general aviation.” There’s a reason such a product has attained such notoriety. Working with recommended solutions like this can be a great start when it comes to ensuring your engine is at its peak operational capacity.

Aviation generally requires periodic maintenance on aircraft, and accompanying paperwork to prove it. Not getting this done can restrict your legal access to the skies. You’re going to have a cost involved here that is recurring. The only way to really cut down on how much you’ll be out every time your airplane needs an annual is through proper components.

The Responsibility of the Pilot

But even the best components can’t compete with someone behind the stick who doesn’t give a care to maintaining his engine. So you’re going to want to look into your aircraft’s make and model. Find out common issues that have been discovered over the years. Look into other pilots’ analysis of which components work best in each region of the plane.

Going this route will lead to fewer replacements, greater general operation, and more trustworthy transit. It’s an investment, really. You invest in quality and reap the rewards. There are a lot of aftermarket solutions out there, but some are going to be a bad idea because they won’t even survive one annual.

Of course, the more you fly your plane, the more wear-and-tear it will be subject to. There’s nothing which can combat entropy. This means even the best aircraft components are going to require you be continuously aware of what’s going on under the hood.

So… You Want to Turn Your Hobby Into a Business