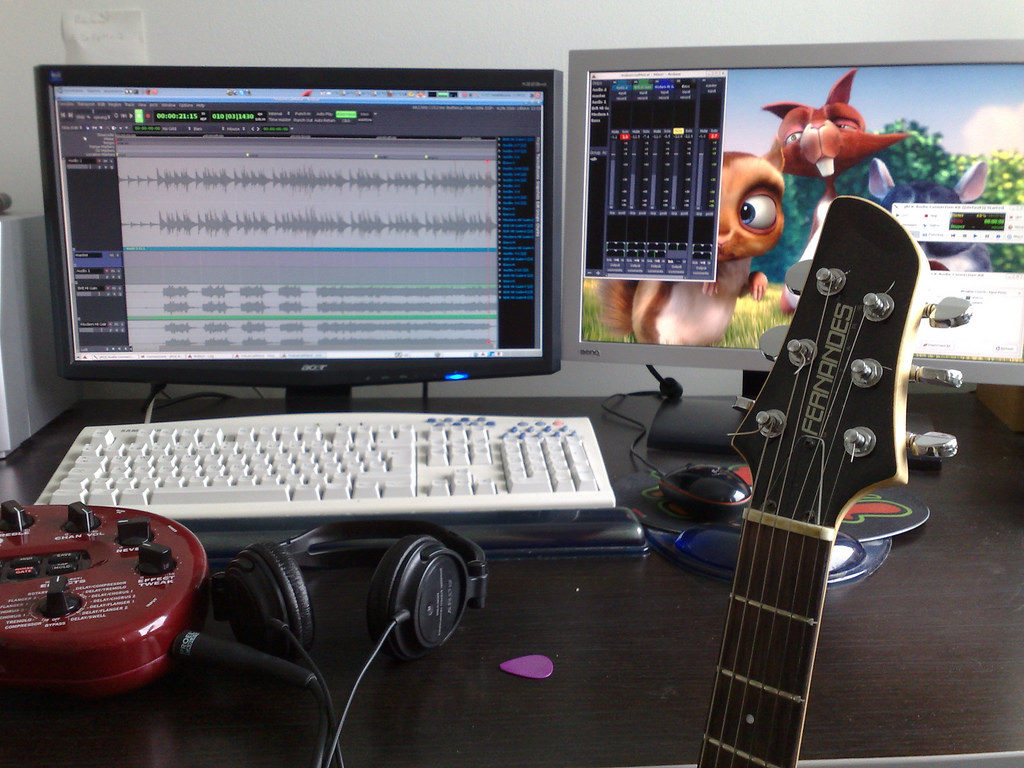 Recording studios can be expensive to rent. Buying studio time is how most musicians start out as it offers them the opportunity to get inside a professional environment and record their demos and songs. You need more than just a $10 microphone from the corner shop if you want to record good audio. In fact, you need a whole list of things, depending on what exactly you’re trying to record. Before we begin, you should know that it’s probably going to cost you a pretty penny, and musical instruments for example can be quite expensive. That’s not meant to scare you out of creating your own studio, but to prepare you for what you’re going to have to deal with. Find a provider like Kindsound.com and look to buy as cheap as possible without sacrificing quality.

The first things you’re going to look into are instruments. Depending on what you’re trying to record, this requirement differs a lot. If you’re only interested in recording your voice, and voice alone, you can just buy a microphone and some good software which will give you access to good instrumental creating abilities.

If you are looking to record more than just your voice, you have two main options:

Go the traditional route and buy a full set of drums and keyboards which you can record with specific microphones, or go the modern route and invest in MIDI instruments. MIDIs are digital instruments which can emulate the sound and feel of a plethora of instruments. Digital keyboards for example can encompass every note range and sound from classical pianos to opera organs. You can also get MIDI drum machines. These are used a lot in the music industry not just for drum sounds but also for quick manipulation and use of loops.

The importance of digital gear

Instruments and good microphones won’t suffice if you want a professional recording studio. You also need to invest in software and other hardware such as a computer. Having a powerful computer is an absolute must because without it, you won’t be able to process everything you want to put in a song. Computers can only handle so much, and if yours doesn’t fit the bill in terms of power, it will freeze or crash whenever you want to use more than two instruments on a track at the same time.

Software is especially importance because it represents the interface through which you will be mixing, arranging and editing the sounds you record with your physical hardware. So for example, if you are proud about a set of vocals you’ve just recorded, you now have to take that recording through a mixing process where you control different aspects of the recording so that it fits in your track. From pitch to volume and intensity, there are many tweaks available.

Just because you see videos and photos of these big recording studios doesn’t mean that you can’t have a small one. The important thing is to isolate sound efficiently. Good noise cancelation can be obtain in any size a space. In the end, space might be the least important aspect.

For the Love of Music
home Music Music Business

The facts about Fly-tipping

How to Fill the Game of Thrones Void Before Season 8