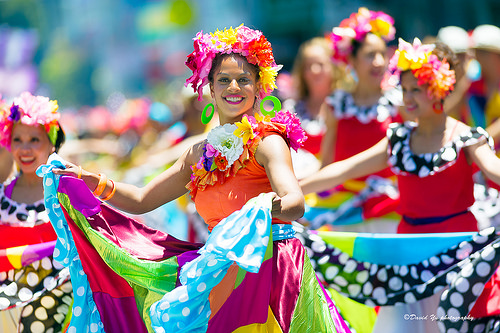 For the ultimate blend of travel and music, why not take a trip to one of the world’s most celebrated festivals? These thrilling events give you the chance to see some great bands, visit fascinating places, and really get to know the locals, meeting people from very different backgrounds who nevertheless share your passions.

The world’s largest carnival, combining hypnotic samba music with a spectacular parade and a whole week of partying, this festival can trace its origins all the way back to 1723. The main events in 2015 are taking place between February 13 and February 17, and they include magnificent costume balls and a street band competition. Get there by flying to Rio de Janeiro International Airport with Delta Air Lines, booking early to get accommodations close to the Copacabana and Ipanema beaches where the parties go on all night.

Held in Adelaide, Melbourne, Sydney, and Brisbane, this 15th edition of this much loved rock festival will feature such artists as Faith No More, Soundgarden, and Slipknot. It takes place over two days in each city, in late February and early March. All of these cities have international airports and ample accommodations, and there is plenty more for visitors to see, with Melbourne’s particularly strong alternative music scene.

Running from June 24 to June 28, this is an event with a reputation that speaks for itself. Glastonbury has three main stages and several supporting stages for niche music and, in the past, it has showcased some of the biggest bands in the world, from The Who and the Kinks in the early days to the likes of Oasis, Radiohead, and Franz Ferdinand. Next year will see the 30th festival held at this location; it originally had a different name and has taken some years off. It is held on a farm in Somerset and the best way to get there is to fly to London and take one of the buses especially for the event. Most attendees choose to camp on site; it can be damp, so you will need a decent tent.

Scheduled for November 24 and November 25, this is one of the most visually striking festivals you will ever witness, and it takes place in one of the most beautiful parts of Thailand – where Thai people themselves choose to go on vacation. It begins with traditional music and a ritual, and then culminates into the release of thousands of blazing lanterns into the night sky. Fly to Chiang Mai International Airport and you will find it easy to secure accommodations near where events are taking place, as there is something happening in virtually every settlement.

One of the best things about traveling to festivals is you will meet other people doing the same thing along the way, and there is a fantastic sense of community around these events. Many people form friendships that last for years and add to the desire to return – or to set out with those new friends to find something even more exciting.

The ultimate guide to themed festivals

Kyiv – Off the Beaten Track