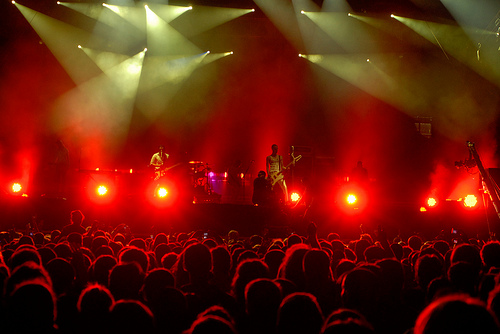 A lot of people go to Europe to hit the beaches, sample the food, shop till they drop, experience the warm climate and a host of other reasons. One thing some people go for is to see some live music, for Europe has some amazing festivals. Here are some of the best:

The Sun-Splash Festival, which runs from June 2nd to June 7th, is aimed at dance music fans, and features leading acts from genres such as disco, soul, electronica and jazz. Lined up for the 2014 event at Aspat Beach are jazz performer Zara McFarlane, world music star Osunlade, and DJs Karizma, Gilles Peterson, Phil Asher, and Rainer Trueby. Seeing this event will help your holiday provide you with both great memories of the music and the idyllic surroundings.

Exit is one of Europe’s most notable music festivals. In 2014, it won an award for being the Best Major European Festival. Also called the State of Exit Festival, this summer event takes place in Novi Sad, with acts from a wide range of genres performing. Performers as diverse as Gloria Gaynor, Damon Albarn, and Queens Of The Stone Age are due to appear in 2014, which lasts from July 10th to July 13th.

Raehills Meadows, near Moffat, is the venue for this Scottish festival, which features a wide mix of music, including house, techno, dance and R & B. The 2014 Eden Festival begins on June 13th and ends two days later. The American hip hop trio De La Soul and Happy Mondays legend Bez will appear this year. Talk about a blast from the past!

Poland’s Open’er Festival takes place in Gdynia, and, in 2014, between July 2nd and July 5th. A prestigious festival, the Open’er is rather uniquely held at a military airport. World renowned acts, including the likes of Pearl Jam, The Black Keys, and Jack White will perform this summer.

Suitably held in a city known for its culture in Barcelona, the Primavera Sound is famous for hosting some of the biggest names on the independent music scene. The festival had a huge line-up of popular music artists in 2014, and among the big names were Arcade Fire, Foals, Pixies, and Nine Inch Nails. Some of music’s great stars have appeared at the Primavera Sound in the past, including Neil Young and Pet Shop Boys.

Looks like Europe is most definitely the place to rock out, chill out and dance your heart out this year. There’s even a touch of nostalgia for those who enjoyed bands from the glory days of Smash Hits magazine!

Roxanna Travis is a traveler and festival junkie. Her favourite festival is the Primavera Sound festival, but she would have loved to see Jimi Hendrix play at Woodstock.

Entertainment Europe Festivals For the Love of Music

Unexpected travel injuries – what to do if the impossible happens