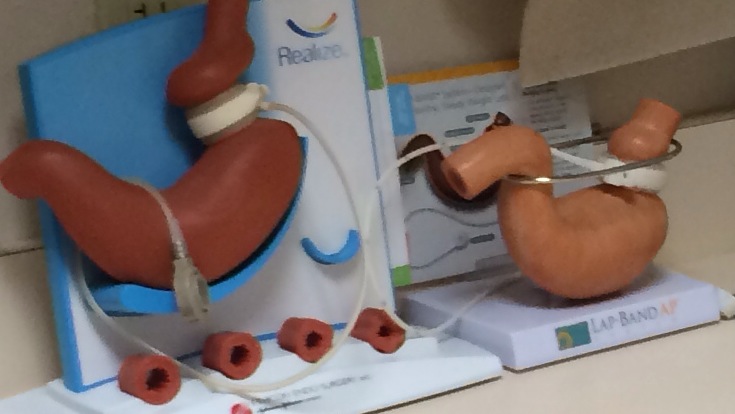 Unsurprisingly, there’s still quite a lot of skepticism in relation to most weight loss surgery. The fact that it can reap such significant results, whilst still being relatively simple for a surgeon to carry out, means that anyone who doesn’t read up extensively on the subject barely believes it.

We’re today going to focus on one of the most popular types of bariatric surgery, coming in the form of lap band surgery. In very simple terms, this refers to the operation where an adjustable band is placed around the upper stomach. The upshot is that there will be a smaller stomach pouch, filling up more quickly when you eat, and subsequently not holding as much food.

There are umpteen guides out there explaining the benefits of this surgery; we really don’t need to venture into the finer details. Something which perhaps isn’t covered as much is the reversible nature of it. In other words, if a patient doesn’t lose sufficient weight after the treatment, or if complications arise, it’s one of the few treatment options where a surgeon can turn back the clock and reverse it.

There are several ways that lap band surgery can be replaced, each offering its own benefits.

We’ll start with one of the revisions which is probably less common; the Duodenal Switch revision. While it’s true that this can prompt higher weight loss, it would be fair to say that it’s a more complicated procedure and if given the choice, surgeons would probably opt to stick with the standard lap band solution.

An option which has fewer complication risks is the Roux-en-Y Gastric Bypass. In comparison to the Duodenal Switch it could be said that the weight loss potential isn’t quite as high, but with such low complication rates most surgeons are happy to recommend this in a bid to curb your weight following the lap band.

This is another solution which is associated with low complication rates, meaning that surgeons are usually happy to recommend this as an alternative course of action to the band.

Again, there have been plenty of success stories regarding weight loss potential as well. One study found that those who had a Gastric Sleeve fitted, in regards to a lap-band revision, lost up to 60% as much of excess weight compared to their weight before both procedures.

Finally, let’s take a look at an option which doesn’t involve reverting to a different type of weight loss treatment.

On some occasions, if the initial band has not worked, surgeons will suggest simply removing it and replacing with a new one. The reasons for this can be aplenty, we’re not going to speculate, but something we will say is that this approach is very uncommon.

While scientists don’t have any hard and fast research to hand, the general consensus is that if your first lap band treatment wasn’t as successful as you would have liked, there isn’t much chance of the second one reaping any better rewards.

Of course, if the first band caused complications due to its implementation it might be a different matter – but on the whole rebanding is rarely performed.