Large and daunting, New York City can be a frightening place at times to navigate through. Not only is it busy with locals and tourists, it’s a regular maze of vehicles and traffic, creating havoc for those who are inexperienced to the daily hustle and bustle of New York City life. Following these few steps, should help you grasp the sometimes complicated grid system that the city is based upon. 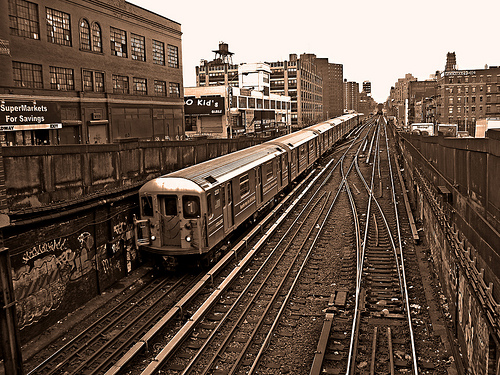 Maps are a convenient and often useful necessity for holiday-goers, but make sure it’s small and pocket-sized so that you’re not constantly bumping into the locals and generally creating a harder time for yourself. Try to limit yourself to the amount of times you refer to your map, however, as this can make you appear vulnerable and you run the risk of putting yourself in harm’s way. However, if you don’t choose to take a map, there are many displayed in the subway stations and these are much easier to look at, instead of gawping at one in the middle of the street.

A good, sturdy pair of shoes is a must for visiting the city. Of course, public transport is easily accessible and readily available, but there’s nothing better than seeing the sights through your own eyes, instead of a window. If you do plan on travelling a bit further, then investing in a Metro card or bus pass would be a good idea, as it would just be something to use when and if you needed to and once you’ve bought it, there’s no extra cost.

Try to organise the amount you’re going to spend on certain things before you do them. This includes sightseeing, eating out and not forgetting gifts for friends back home. This is a sensible idea as you’ll be less inclined to overspend and run out of money before your holiday has even begun. You can find flights to New York at cheapflights.co.uk to start saving money.

The best thing to do in New York City is flow with the crowds. Even if you’re a little confused as to where you are, there’s nothing worse than stopping in the middle of a crowded pavement and annoying other passers by. You might attract undue attention and stand out as tourists. Some of the best advice a person can give is that you need to make sure you do not look like a tourist. If you do, you become susceptible to thieves or unwanted behaviour and this can ruin a holiday.

Mentioned previously, a Metro card is a good investment whilst visiting New York City. By adding however much money you need to it, you and your family or friends can travel the city at ease. It’s extremely good advice to use public transport where possible, instead of hailing a taxi. They’re often expensive and short journeys usually take much longer than they should because of heavy traffic.

How to Manage Your Finances Abroad

What to Do When Your Music Gets Boring