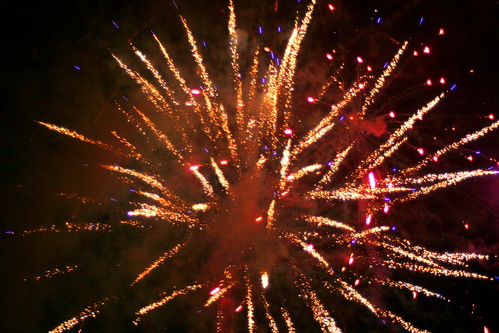 Hogmanay in Edinburgh is a home of globally recognised New Years Celebration that attracts people from all over the world. Thousands of attendees will say goodbye to the current year on the Edinburgh’s streets, enjoying the giant screens, live music stages and fireworks prepared for this special occasion. Several tones of pyrotechnics will light up the sky in the minutes before 2014 arrival.

Edinburgh’s Hogmanay is considered to be among the greatest New Year celebrations in the world, where thousands of spectators admire the amazing firework displays near to the Edinburgh castle, mixed with music party and revelry.

Scottish people love to celebrate, so they take two days after the New Year off to join street celebrations. Because of the huge interest to this celebration and the great number of people who come here each year, Edinburgh’s council has been forced to introduce tickets a few years ago for street parties, so you will need a street pass to enjoy this outdoors event. Those who take advantage of an all-inclusive tour need to ensure that their package includes the street party as well.

Although there too many New Year’s Eve celebrations around the world, Scotland has a great heritage in this event, called Hogmanay. This Scandinavian word is derived from the “Hoggo-nott”, a special feast that precedes Yule. In Scottish, it is translated as a “great love day” and traditional gifts are exchanged.

Scotland banned the Christmas celebration for the period from the 17th century up to the 1950s, because of its Protestant Reformation roots. They considered Christmas a Catholic or a Popish feast, so it was not a holiday and most of the people worked over Christmas. The families gathered at New Year Eve for celebrations, where children received presents. This celebration got the name “hogmanay”.

According to the Scottish traditions, the house should be cleaned on 31st December, so it is ready for the coming year. All the ashes had to be taken out in the past to prepare for the New Year. Coal is traditionally given to neighbors, for warmth and comfort in the coming year. All people had to clear their debts before the midnight too.

The crowds gather in the Gardens and Princes Street, where they join great festivities. Locals expect that about 100,000 attendees will gather for this New Year’s celebrations. The local council is forced to limit the number of revellers in the one of the biggest parties for New Year Eve in the world.

Many countries, including Scotland traditionally sing “Auld Lang Syne” in the New Year Eve. The song is an adapation of the poem by Scottish Poet Robert Burns. In addition, there are bonfire and torchlight processions in various Scottish cities, including Edinburgh. This ceremony reminds the Scottish pagan parties that date a few hundreds years ago.

The ceremony of Edinburgh Hogmanay 2013 will involve people who dressed up in cattle hides. They ran around the village pursued by other people who hit them with sticks. The celebration included a lot of bonfires lightings, blazing tar barrels that were rolled down the hill. Another ceremony included wrapping sticks in animal hide that were ignited to chase demons and evil spirits away. These smoking sticks are also known as Hogmanays. Tossing torches were another ceremony people were able to see during previous New Year celebration. These and even more exciting things await all those, who will attend Edinburgh Hogmanay 2014.

These traditions are preserved in many small communities located either in ScottishIslands or the ScottishHighlands. The old generation keeps the dialect and language of those ancient days, as well as the traditions and holidays that has passed through the generations until today.

Just how family-friendly are UK airports?