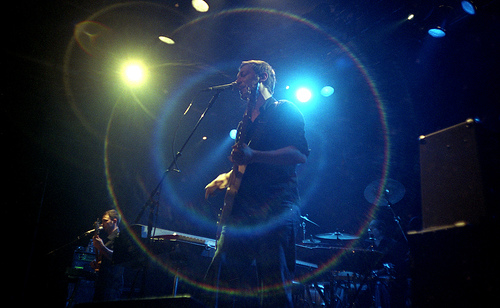 Music speaks to us all in different ways, and whether we are nine or ninety, there are musicians out there putting on spectacular shows with universal appeal. This year promises some stellar performances from artistes across the musical spectrum and no matter what age, there will be something good to listen to. Younger pop fans get their share of drama this year with tours by One Direction, Lady Gaga, Miley Cyrus and Justin Timberlake taking to the stage, but there is also plenty on offer for music fans with more mature tastes.

Yes, for those who remember buying their music on vinyl, there’s a lot to get excited about in 2014. Move quickly for tickets to see the ultimate pop diva Cher on her Dressed To Kill tour. She’s a fine performer and her shows never disappoint. Another act with staying power is The Eagles who will be touring their unique west coast sounds this year – those craving laid back seventies nostalgia can catch them on their History of the Eagles outing. If the fine melodies and memorable songs of piano man Billy Joel appeal, his residency at Madison Square Garden this year should prove unmissable. For fans of country music, George Strait is performing the second leg of his farewell Cowboy Rides Away Tour. Perhaps the last time to catch him, tickets are like gold dust so prepare to look hard.

As well as tours and concerts in 2014, there will be the regular line up of festivals to consider. These events book many artists to perform, making their appeal much wider. Taking in a sweep of age groups, festivals across the United States attract music lovers young and old alike.

So where can we find the best festivals?

First up, head to Austin for SXSW, a popular and well-loved festival in the coolest Texan city of all. Known for breaking new artists and having a laid-back atmosphere, SXSW stages events all over the city in intimate venues and large stadiums alike. The festival takes place in March and 2014 headliners include Big Freedia, Action Bronson and Echosmith.

Fans of Electric Dance Music head to Miami for The Ultra Musical Festival. Taking place over the last weekend in March, it promises to be a feast of electronic musical mayhem featuring artists such as Afrojack, Aviccii and David Guetta.

This April the California desert will vibrate to the rhythms of the Coachella festival. Outkast and The Replacements will be on stage and other confirmed acts include Arcade Fire, Muse and Beck. Coachella is hot, dusty and loud with large friendly crowds and a great vibe, so arrive early for the best views.

Other events with broad musical appeal this year include Beale Street Festival in Memphis in the month of May. Also consider the Bonnaroo festival that happens in Tennessee in June. Last year it was headlined by Paul McCartney and Jack Jones and the acts tend to be more mainstream. Alternatively, try Lollapalooza in August in Chicago. This event has a rock bias, is really well organized and has a relaxed dress code.

Music transcends all barriers including that of age, but if it’s something a little more grown-up that’s called for, then 2014 promises to be a fantastic year.