We’re always out on the look out for new music festivals (or at least new to us!) and can’t believe this one just slipped by without us noticing…

Next year, we’re hoping to be headed to Benidorm! The popular and thriving Spanish town is home to the Low Cost Festival, one of the best summer rock festivals in the world. Attending the festival would give you the opportunity to combine a brilliant weekend of music with sun, sea, sand and the fun that Benidorm is famous for. The lively and exciting bars are packed with like-minded revellers taking the chance to relax away from home and, what’s more, it really is a Low Cost Festival, so going won’t break the bank. 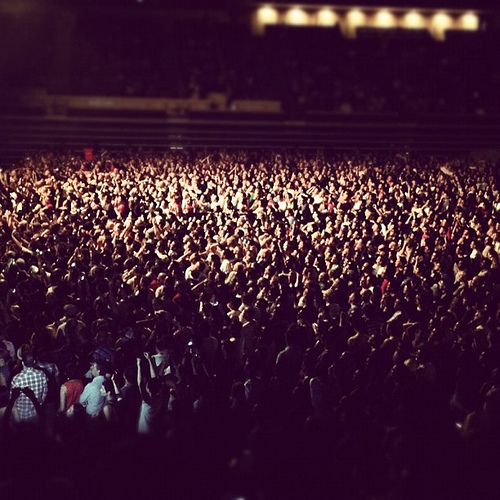 This year, the Low Cost Festival ran from the 26th to 28th of July, 2013, and was an ideal opportunity to see some of the best live bands in the world. It’s not just the music that draws people to events like this, but the exciting experience of being in a crowd who are all there for the same thing: to have a great time. The headline acts may draw in the most people, but there are always some smaller acts out there that grab the eye, and festivals are the best place to discover up and coming future stars.

This year’s main headline acts were an eclectic bunch: Two Door Cinema Club capitalised on their recent rise to fame and release of their latest album, Beacon, by headlining the opening night. Also on that night were the likes of !!!, Veronica Falls itunes there is a problem with this windows installer package and Lori Meyers, plus many other acts covering a wide range of musical genres that we’re sure had the crowd going in no time at all.

Saturday had an exciting line-up with some old favourites and a selection of new names: Portishead, a band made for festivals such as this, was worth the admission price alone as they are a truly excellent live act, and they were preceded by Scotland’s legendary rock act Belle and Sebastian, whose low-fi sound and fabulous back-catalogue should make for a stunning set. Also appearing on Saturday was Crystal Castles, Monarchy, and many more local and worldwide acts.

The Sunday line-up looks like it offered a little more ‘glam’, with Glasvegas making a rare appearance as headliners. Love of Lesbian were second on the bill, while other acts included Fangoria, the ultimate in Spanish glam-rock and a superb live.

They certainly weren’t lying when they named it The Low Cost Festival; 3 day tickets were just 69 Euros and were bought here. Next year, we’ll be looking at combining the festival with a relaxing break and checking out First Choice which always has a selection of cheap holiday deals to take advantage of.

Europe Festivals For the Love of Music Travel

Pop Music Around the World