From mourning Elvis in Memphis to adoring Abba in Stockholm, these are the cities around the world serving for music legends. 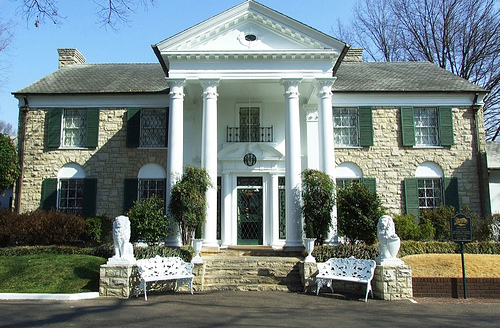 The first thing that crosses many people’s minds the moment they hear ‘Memphis’ is Elvis Presley.  People can take a tour of the legend’s house, his school (Humes School), his recording place, Sun Studios, and his record store.

Like Memphis and Elvis, Liverpool is associated worldwide with the fabulous four – the Beatles.  Here, you can take a tour of their houses, walk down Penny Lane, and visit Saint Peter’s Church – the church often remembered as the place where John and Paul met. The Cavern Club, where the Beatles often performed, is still up and running.

People go to New Orleans for the Jazz. Jazz’s National Park, Preservation Hall, Bourbon Street which has the famous Fritzel’s pub are all the places for the lovers of Jazz.  The legends are remembered in bronze statues and tombs at J&M Studios, Saint Louis Cemetery, Louis Armstrong Park in New Orleans.

Nashville, Tennessee is all about music – so much so that it’s known as Music City. Music is worshiped here. Visitors head to the famous Grand Ole Opry and Music Hall of Fame where the music lovers will find not only legendary singers but up and coming ones too.

Bob Marley, the forever remembered legend of Reggae, lived in Kingston of Jamaica. Museum of Bob Marley is a place that needs to be definitely visited by every fan of Bob Marley. There one can find his personal belongings, his guitar, his disc collection. Nine Mile is a place where he was buried in the year 1981.

Teatro Alla Scala, the most favourite Opera House of all. It was opened here in the year 1778. Milan gave many opera stars to the world. People can worship places such as the Workshops of Ansaldo, Benois Pavilion sets for music. Wagner Festival is celebrated to channelize more power from the opera singers to the world of music.

Seattle, home of grunge and many legendary singers like Soundgarden, Nirvana, Pearl Jam…even Jimi Hendrix. Experience Music Project is a museum which exhibits the Grunge projects. The former home of Kurt Cobain along with the Moore Theatre, the recording place for the Even Flow video, can be visited.

Abba, the four great artists of the music world, are set here. Anni-Frid, Benny, Bjorn, Agnetha together make Abba. City Hall, Sheraton Hotel, Royal Opera House are all the places where the presence of Abba will be found. Soon Abba Museum is planned to open in the year 2013 which will have all the exhibits of these legendary singers.

Great Backpacking Tips for the Summer

The Best Smartphones Under Rs 20000