Last month we made a list of five of the greatest songs about travel.  Now here’s five more to get your wanderlust going… 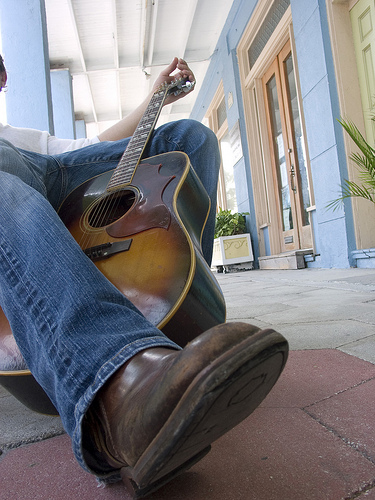 by Bruce Springsteen (1975)
Everyone knows about Born To Run, one of the most popular songs of ”The Boss”. Song’s amazing opening riff and overall guitar skill make it an ultimate travel song.

”Come Away With Me”

by Norah Jones (2002)
Finally, some 21st century song is Norah Jones’ highly rated ”Come Away With Me” from her debut album. This song was a soundtrack to J. Lopez movie ”Maid in Manhattan”.

by B.o.B and Hayley Williams (2010)
What could me more appropriate for this list than the song called ”Airplanes”. This was one of the biggest and most surprising hits of 2010, and it could be very enjoyable song when travelling with airplane.

by Iggy Pop (1977)
One of the biggest punk rock legends Iggy Pop, recorded this song at the peak of his career, and it was an instant hit among punk fanatics.

”Leaving on a Jet Plane”

by Peter, Paul & Mary (1967)
What could be more appropriate then a song about leaving a jet plane. This 1967 ballad tells a story about traveler’s sadness for leaving their love on a jet plane. Since then, it has became an anthem for long distanced love.

Have any more to add to the list?? Let us know in the comments below!

For the Love of Music Travel

Do You Have Anything to Declare?? Infographic