So it’s that time again – upgrade time! You’ve rang the O2 contact number or been online to speak to Vodaphone and you know that you are due a new smartphone. There is no shortage of different options from big names such as Apple and Samsung to lesser known and newer manufacturers. Here we look at some of the most popular models for this year.

For some, the S8 is the best phone on the market at the moment with its curved looks and full-size display. It is one of those phones that can be a longer term investment with features that will last longer than the standard 24 month contract.

The camera is one standout feature with a 12 megapixel rear camera posting a f/1.7 aperture and dual pixel phrase-detect autofocus making it easy to snap even the trickiest shots. The screen is also up to the usual impressive standards of Samsung devices and uses the same kind of technology as their TV sets. It also has an impressive 84% screen to body ratio that leads to its name ‘Infinity Display’.

It isn’t a cheap phone if you want to pay cash – around the £600 mark for the top model – but there are a few deals going around from the different suppliers to get a monthly contract under £50.

While the iPhone 7 is an impressive phone, the 7 Plus has easily reached its position as the most impressive smartphone on the market for many people. For starters, it is the first iPhone to be waterproof with an IP67 rating that means it is dust and waterproof to only just below the rating of the Sony Xperia XZ.

One of the differences between the two models – apart from the size – is the camera. This phone comes with not one but two 12 megapixel cameras with a 2x optical zoom. It also has by far the best battery life of any phone on the market due to the quad-core A10 Fusion Chip.

At over £700 it is a big investment as a single payment but most of the big phone companies are offering deals ranging from £50-60 a month so shop around for the best deal.

The OnePlus 5 may not have the star name attraction of the Samsung but it has gained itself the label of ‘flagship killer’ for its ability to take on models like the S8 and the iPhone 7. The phone has the classic smartphone looks with an aluminium unibody and a dual lens camera at the rear.

The battery life on this phone is particularly impressive, on par with the S8 which is only beaten by the iPhone 7 Plus on the current market. The screen is a modest 5.5 inches that mean the phone is easy to handle while the camera at the rear is a 16 megapixel with a 20 megapixel telephoto lens beside it. This makes it one of the best cameras available in a smartphone.

The phone is known as a mid-range price model but would still set you back £449 if you paid it upfront, although most suppliers do have contract offers available. 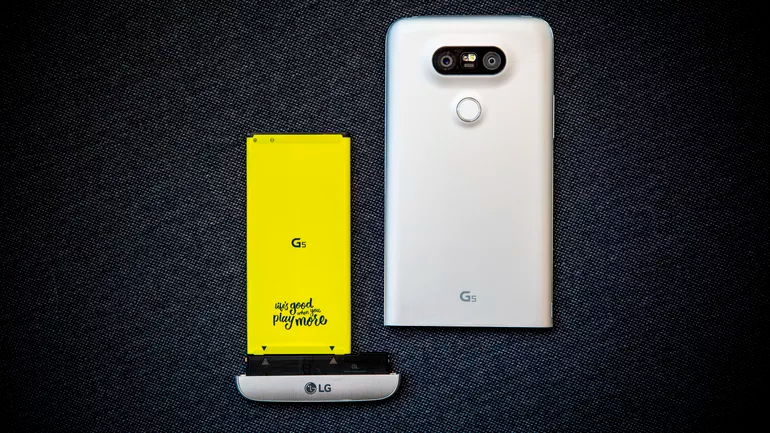 The G5 offers an affordable smartphone that has plenty of features and is the first to really make the modular concept workable. It means the phone can have a full metal unibody but also an interchangeable battery using a small button on the left side of the handset to open the bottom compartment.

The modular aspect has been tried before but always on phones that looked a little weird. The G5 manages to look just like the other phones most of the time but also have different modules to use. These include a camera grip that includes a zoom wheel and physical buttons and a portable Hi-Fi made by Bang & Olufsen. The ability to change the battery is perhaps the main benefit of the design however.

The G5 retails at around the £340 mark so is cheaper than the others on the list.

Getting the right phone

These are just a snapshot of the most popular models and some interesting contenders for their throne on the current smartphone market. There’s the looming presence of the new iPhone 8 that is rumoured to be on the way and many other brands are offering new phones all the time. It means getting the right phone can seem complicated but there’s no shortage of options!

Can what you wear affect your golf game?