For as much as we love traveling, we should learn to do a little more in our own backyard!  For some reason it seems easier, and more pressing, to plan grand trips abroad, but really there’s so much to see and discover in North America.  I’ve never really visited the south (except for a trip to Disney World long ago), but lately I keep reading more and more about it.  Here’s where I’d love to go: 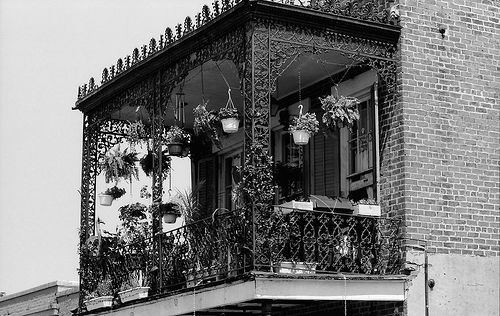 This is  given – who wouldn’t want to go to this fascinating, somewhat mysterious, place?  Of course I’d love to go for Mardi Gras sometime, but I also simply want to see the mix of Cajun and Creole cultures, old French-influenced buildings, wander the graveyards and eat anything the crosses over my plate.  New Orleans is also an awesome music city filled with jazz, clubs and brass bands.  Perfect.

What else could be a better holiday destination than the one where you will enjoy the bright sun, delectable food, cool water, sandy beaches and amazing Southern hospitality? The Mississippi Gulf Coast, often referred to as the Riviera of the South, sounds like the perfect quick getaway staying at a one of the many family vacation resorts or a cute bed and breakfast, checking out the art museums and charming local boutiques, and seeing what Mississippi Gulf Coast events are going on.

Beaches, bars, music and tacos.  I’m there.  (There are also a ton of music festivals throughout Florida I wouldn’t mind getting to…)

We’ve mentioned Nashville before as one of the great music pilgrimages, and it’s making this list too.  It’s known as Music City for a reason – home of country and blues, filled with famous music halls and recording studios, Nashville is one of the top places in the world to be for the music scene.  I’d want to go in June, however, and make a trip out to Murfreesboro to got to the Bonnaroo Music Festival.

To me, Georgia seems like the epitome of the South.  And the capital is Atlanta.  There are tons of free things to do, including the annual Atlanta Jazz Festival and the National Black Arts Festival, and is home to Coca-Cola.  Head on over to the World of Coca-Cola to learn more about everyone’s favorite drink.

After Atlanta I’d head to Savannah to soak up the Spanish moss and grand, old plantation houses.  It just looks like Southern hospitality must have been born here in these great homes.  I’d also love to wander around the gothic graveyards…I think.

Another big music city, Austin holds several large festivals each year, like Austin City Limits and South by Southwest, but continues the music year round in it’s bar scene and considers itself “The Live Music Capital of the World”.  It just seems so…cool – doesn’t it??

Now it’s your turn – where would you head in the South?  Would you go for festivals? Food? Architecture? Culture?

Do You Have Anything to Declare?? Infographic