As human technology has progressed, the way we have come to manufacture things has changed dramatically. Whereas for thousands of years all of our items were created by hand, the last couple of centuries was all about the rise of the machine – more specifically, manufacturing machines. The Industrial Revolution, as it came to be called, kicked off in England in the mid-18th century and rapidly expanded to France, Germany and the United States of America. 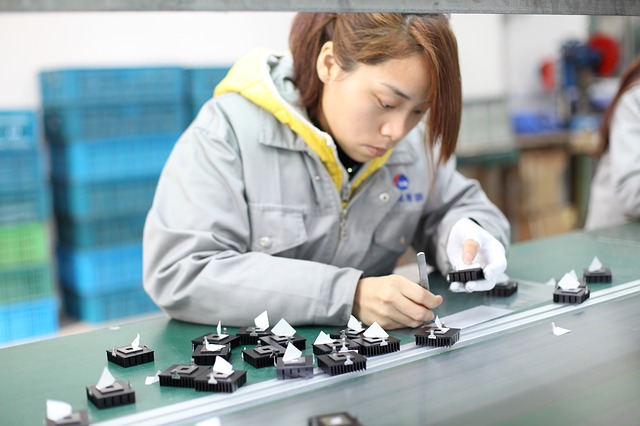 The Industrial Revolution began apace in the 1800s with a change in the way people manufactured products. Instead of humans making things by hand, goods producers began using machines that could produce more products in a much shorter space of time. These machines changed the face of the textile, glass, agriculture and mining industries, with inventions like the water wheel, the spinning wheel and later, the steam engine quickly putting thousands of people out of work. Because items could be produced more cheaply and faster, more people could afford them, and that led to demand actually outpacing supply. In turn, this led to the establishment of the first modern factories that churned out millions of products a year. Textile factories began appearing everywhere in the United States, and millions of poor men, women and their children would work in them.

The next major development was the assembly line, an innovation we owe to Henry Ford and Charles Sorenson, who carefully placed all of the elements needed in a manufacturing system, in one spot. Ford Motors was the first automobile company to build an assembly line in 1908, with individuals tasked with specific jobs along the line so that cars could be built faster and more efficiently. Ford built over 15 million Model T cars between 1908 and 1927.

The first robot designed for manufacturing purposes was the Televox robot, a kind of robot maid designed to perform some housekeeping tasks, in 1926. The designers claimed it to be the first robot that could carry out “useful work”, and followed it up eleven years later with a humanoid-like robot called Elektro who could smoke, walk and talk.

Following Elektro, the first real industrial robot, Unimate, was built in the 1950s. It was put to work on the assembly line of General Motors in 1961, and its designer George Devol, went on to establish the first robot manufacturing firm, Unimation, later that decade.

This post was brought to you by Pall-Pack, is a leading packaging company, producing both semi-automatic and automatic machines. Read more about their packaging solutions here!

Trying to save energy? Some measures you’ll want to consider