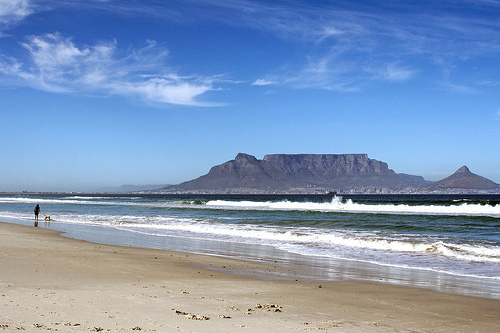 If you’re thinking about visiting South Africa this year, then there’s certainly lots to keep you entertained. This is a country in the southernmost tip of Africa, not only renowned for its tourist attractions, but also its political and social history. South Africa has several cities abound with all kinds of natural monuments, beautiful landscapes and tourist activities, so one of the first things you should pack is a pair of comfortable walking shoes!

Generally, the country has a number of climates throughout the year, so whether you’re looking for beaches in the hot sun or rock climbing in the chill of the early morning, South Africa has it all. Some cities, like Cape Town, are cosmopolitan and have people from all walks of life who are very welcoming. Let’s take a look at what else South Africa has in store for visiting tourists this year!

Cape Town, or ’Mother City’ to its locals, is the most populous city of South Africa, and along with Johannesburg also the most visited. Not only are there numerous natural attractions such as Table Mountain, which can be toured via cable car, but the Cape Point vineyards in Noordhoek are also an unmissable experience too. You can take a walk in the vineyards and enjoy some wine tasting with your loved one, or move on to Cape Point Ostrich Farm to witness the breeding of the largest African bird, from Bustards to Raptors.

Johannesburg, shortly known as ‘Jo’ burg’ around the world, is the second largest city in South Africa, offering a wealth of splendid in tourist attractions. From the Johannesburg Zoo which is home to variety of animals including rare white lions, to the Museum Africa which displays a unique cultural history of South Africa, Johannesburg really is a sight to behold.

The city is also popular for its flea markets with an assortment of products on sale, and some of the best markets to shop at include the Bruma Flea Market and the Rooftop Market. The Nelson Mandela National Museum, which was the late president’s former house in Soweto, is also another top attraction to visit among many more in the city.

Pretoria is the administrative capital of South Africa, and the city is home to the Union Buildings which house the president’s office and seats of government. The late Nelson Mandela was inaugurated in the buildings in 1994 as the black first South African president, and they have been added to the list of national heritage sites in honour of the world renowned freedom fighter.

Furthermore, the buildings offer an outstanding architecture to those interested in design, and their symbolic nature show the existing union of a nation that was divided by political and social struggles.  Other notable attractions in Pretoria include the National Botanical Garden and the Austin Roberts Birds sanctuary, which is home to rare birds like blue cranes and crown cranes.